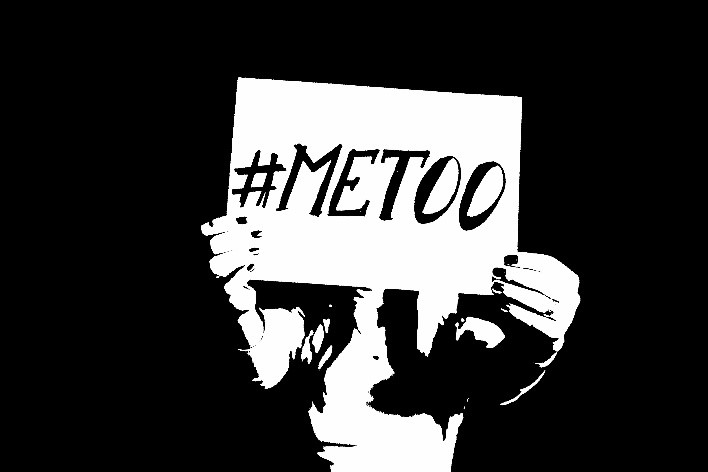 One of the most salutary effects of the #MeToo campaign so far has been its successes in identifying and holding to account high-profile people (mostly men) who have abused their power in order to abuse other people (though as Danger Riley points out, the successes have not been as sweeping as they might seem). These successes are due, in part, to what I would describe as an offensive (as opposed to defensive) campaign to reveal harassment, assault, and rape and to demonstrate their effects on victims’ lives. That this campaign has been carried out predominantly by victims makes it all the more remarkable.

The successes of #MeToo have, of course, resulted in various forms of backlash, and by examining the most evident forms of #MeToo backlash we can begin to see some important ethical tensions that arise in the pairing of aggressive media exposure of abusers on the one hand and the consequences for victims—that is the people #MeToo invites to hold abusers to account—on the other hand.

At the risk of oversimplifying, I want to identify what I think are the three most prominent forms of backlash that have emerged in the wake of #MeToo: open hostility, passive hostility, and indirect hostility.

The most overt form of backlash—open hostility—took center stage in the confirmation hearings for Supreme Court nominee Brett Kavanaugh when Senate Republicans, media pundits, and of course, Donald Trump, undermined, derided, and in the President’s case, openly mocked Dr. Christine Blasey Ford’s testimony that Kavanaugh tried to rape her at a high school party. As Rebecca Leung and Robert E. Williams note in their article, this response spurred another viral hashtag, #WhyIDidntReport.

This sort of open hostility is not new, of course. But given the circumstances and people involved, Ford’s case is certainly the highest profile case in the #MeToo era and raises some important considerations. For one, we might note Ford’s statement that it was her “civic responsibility” to come forward. Unfortunately, #MeToo coincides with a dominant political culture that treats “civic responsibility” as co-terminous with “political combat.”

During the Senate hearings, for example, President Trump mocked Ford’s testimony to a raucous crowd at a political rally. When Trump was subsequently interviewed by Leslie Stahl about his treatment of Ford, he replied, “I’m not gonna get into it because we won. It doesn’t matter. We won.”

Trump’s callous disregard for the truth is characteristically appalling, but hardly surprising. But his callousness does illuminate a real ethical quandary of the #MeToo movement, which is that #MeToo invites victims like Ford to come forward, to fulfill their civic responsibility, to join the community of survivors and hold abusers accountable. At the same time, the public orientation of #MeToo, which ensures maximum exposure of abusers, also promotes maximum disclosure by victims. Ford’s case is unique in that accusing a Supreme Court nominee of attempted rape will always be a highly publicized event. But however unique, Ford’s example demonstrates more generally how publicity of the sort that makes #MeToo effective can also result in serious damage to the person who was already victimized.

These consequences might be usefully described as a form of splash damage. Splash damage is a term used in gaming communities to describe collateral damage to players or objects who are in the vicinity of an explosion or eruption. In Ford’s case, although she was the target of open hostility, she was also essentially collateral damage in the larger fight over the Supreme Court seat. And as Trump reminds us, it doesn’t really matter what happened to her because he won.

We can also identify splash damage in the other two commonest forms of #MeToo backlash—passive hostility and indirect hostility.

Passive hostility is generally hidden or at least unspoken, and it’s characterized more by an unwillingness to act than open hostility. A good example of passive hostility is the #HimToo hashtag, in which people describe limiting their actions or limits on actions of people they know for fear of being accused of sexual assault. For instance, in a recent viral tweet, one mother announced that her son “won’t go on solo dates” to prevent against “false sexual accusations.” Subsequent media accounts have focused on the son’s rejection of the statement, but the tweet nevertheless speaks to a form of splash damage in which (primarily) women are presumed in advance to be seeking opportunities to accuse (primarily) men of assault. Women and men who have made public #MeToo accusations often face open hostility, as described above, but the hidden effects of passive hostility are likely to have far reaching—but virtually invisible—consequences for victims’ professional and personal opportunities in domains where victimizers exercise disproportionate control, including politics, entertainment, and media.

Unlike open and passive hostility, indirect hostility seems not to take #MeToo accusers into account at all. Indirect hostility is the practice of continuing to support or resuming support for abusers, even in the wake of credible accusation, verification, and even prosecution of sexual assault. Take, for example, the handful of famous abusers who are beginning to make career comebacks after being exposed by the #MeToo movement. Louis CK, Matt Lauer, Charlie Rose, and Bill O’Reilly, among many others, are re-emerging after a (far too brief) hiatus. Indirect hostility is where #MeToo meets #YeahBut. Again, the splash damage is evident. Victims who have emerged into the public sphere at the cost of reliving their abuse and the risk of incurring open and passive hostility are also being told in no uncertain terms that accountability for high profile abusers has a short time limit where profits are at stake.

Taken together, these three forms of backlash illustrate the real and potential consequences of #MeToo for people who are already the least empowered—that is, victims. Which is to say, there is an inescapable tension between the kinds of exposure that have proven so effective in identifying abusers and the splash damage that results.

What does not follow is that #MeToo should be abandoned in whole or in part.

What does follow, however, is that people involved with and supportive of #MeToo need to be keenly aware of the distinctive effects on victims as a consequence of such public exposure by victims. A central ethical consideration for a movement based on media exposure is how to meaningfully provide support, guidance, and community in a fast-moving and ever-evolving media environment, especially as explosions and eruptions continue to inflict collateral damage.