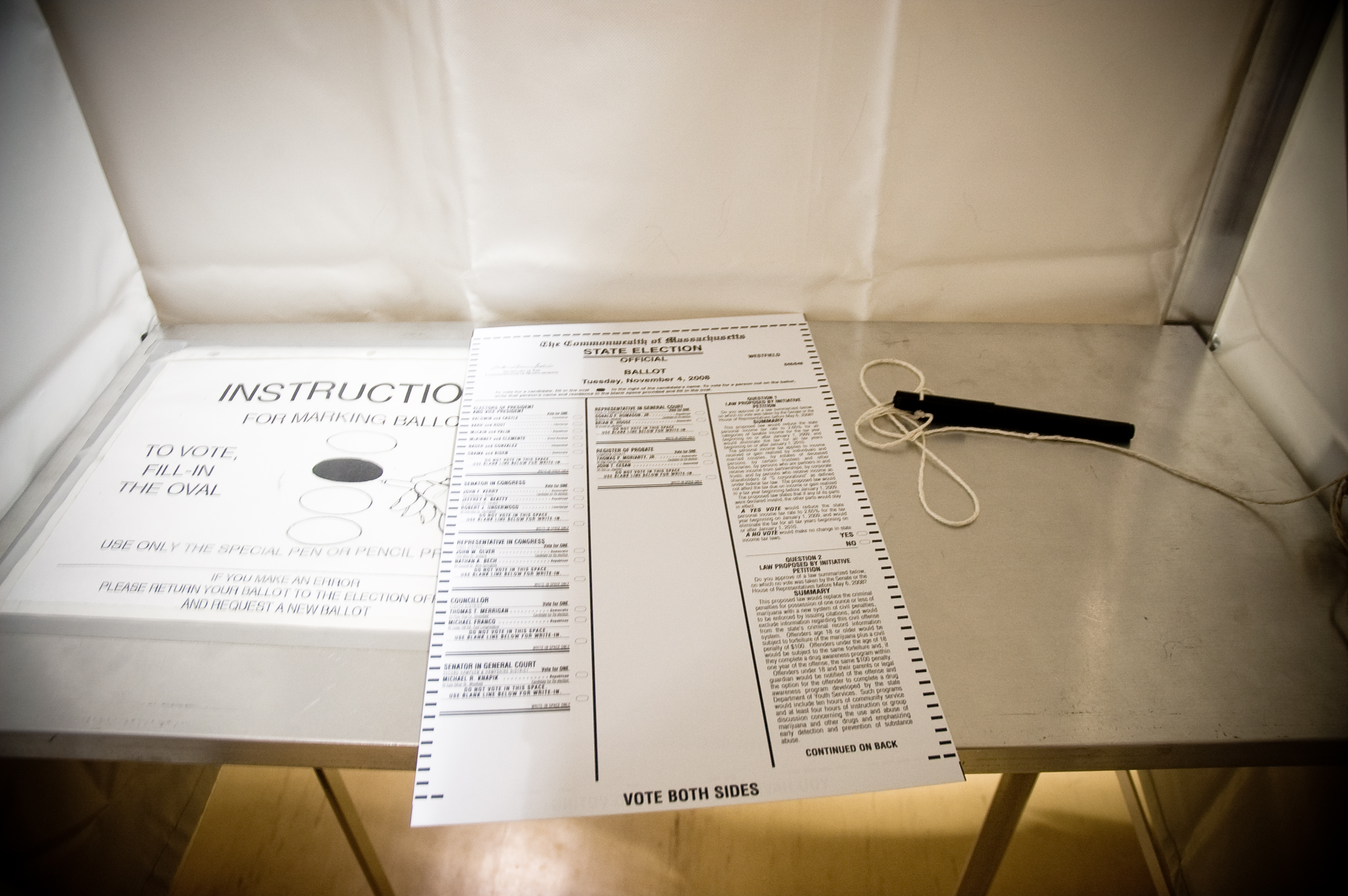 At the end of the longest (and most virulent) presidential campaign in living memory, perhaps the only verbiage less welcome than another post-mortem on the 2016 election would be a story speculating about who may be lining up for a White House run in 2020. However, we journalism ethicists feel it is our duty to comb through the 2016 wreckage for watershed/noteworthy moments in the history of press coverage of presidential politics. Here are three of the more salient aspects of the 2016 campaign coverage that may have educational value for us.

One of Donald Trump’s more audacious lines of attack on Hillary Clinton was to belittle her 30 years of public service. This was rich, coming from a guy who had no record of public service whatsoever. It was this lack of governing experience coupled with overt disdain for the sort of celebrity conferred by “reality television” that kept many news media outlets from taking Trump’s campaign seriously from the day he announced his candidacy in June 2015 until after the polls closed and the results poured in on Nov. 8 . Other media treated Trump only as comic relief—at least until the traditional media story frame of a “horse race” took over.

Though the political stage has been crowded with entertainers-turned-office-holders for decades, journalists apparently expect those who seek the highest office in the land to pay their dues in the minor leagues, just as aspirants for Major League Baseball managing jobs are supposed to. Actor Ronald Reagan, for example, had to spend eight years in the Governor’s Mansion in Sacramento to overcome the stigma of previously being best known for having shared the silver screen with a chimpanzee.

Nothing demonstrates how grossly the news media underestimated the viability of Trump’s campaign for the presidency more starkly than the Huffington Post's July 2015 decision to consign his “sideshow” to the entertainment section “next to our stories on the Kardashians and The Bachelorette.”1

That banishment lasted five months. When Arianna Huffington announced Trump’s return to “hard” newsworthiness, she made clear that she did not intend to revert to old-school stenographic reportage of his consistently outrageous pronouncements. “…If Trump’s words and actions are racist, we’ll call them racist,” she declared. “If they’re sexist, we’ll call them sexist.”2

A month later, the HuffPost hit upon a more pointed way of telegraphing its disdain for the Republican frontrunner, unveiling what may be the most astonishing editor’s note in journalism history:

Donald Trump regularly incites political violence and is a serial liar, rampant xenophobe, racist, misogynist and birther who has repeatedly pledged to ban all Muslims—1.6 billion members of an entire religion—from entering the U. S.3

This note would be appended to every Trump story, with links to corroborating coverage, for the rest of the 2016 campaign.

Meanwhile, at The New York Times, Public Editor Liz Spayd found that the nation’s most influential news organization also was guilty of “misunderestimation,” to borrow a non-word from the triumphant George W. Bush after the 2000 election. The Times delivered what Spayd called “a gold mine” of investigative reporting about Trump—but only starting in January 2016. Before that, she wrote, “its offerings…were relatively few.”4

As if to atone for its earlier passivity, The New York Times began bashing Trump in earnest after he secured the Republican nomination. The attacks were less strident than the Huffington Post’s, but were still a startling departure from past practice. It was as if The Times—and other news organizations—had decided that Trump’s ascent to formal nomination amounted to a national emergency, during which the normal rules of journalistic impartiality had to be suspended. Here are a handful of examples from The Times in September 2016:

So, the first ethics issue that 2016 news coverage of Trump lays bare was the practice of deciding—before anyone voted in a primary or a caucus—which candidates to take seriously. By dismissing the candidacy of Bernie Sanders, The Times, among other news organizations (see Thomas Frank’s analysis in the November 2016 issue of Harper’s Magazine9), effectively promoted the candidacy of Hillary Clinton. By dismissing the candidacy of Donald Trump, the mainstream, to a lesser extent, effectively promoted the candidacies of Jeb Bush, Marco Rubio, Ted Cruz, and maybe Chris Christie or John Kasich, until each of them, belittled by Trump and shunned by primary voters, slunk off the campaign trail.

When the candidacies of Trump and Sanders began to gain traction, despite having been prematurely relegated to also-ran status by the mainstream press, The Times changed course and scrutinized these two candidates’ records and their stump speeches with a zeal that only seemed to confirm that the news side of the paper was in lock step with the editorial side in its support for Hillary Clinton.10

At various points throughout the campaign, some reporters and commentators decided that “rock bottom” had been hit in terms of the nastiness and coarseness of the rhetoric. But once they made such a declaration, they strained to find ways of describing what would be “lower than low.” A few examples:

Perhaps inevitably, news coverage dove in after it. The Times, which had bent over backwards in 2004 to avoid telling readers what, exactly, Vice President Dick Cheney had told Vermont Sen. Patrick Leahy to do to himself, posted a video from several Trump rallies on its website in August 2014, calling it “Unfiltered Voices from Donald Trump’s Crowds.” It came with a warning: “This video includes vulgarities and racial and ethnic slurs.” Among the groups, individuals and concepts that should be “fucked,” according to Trump’s supporters, were: “those dirty beaners” (Mexicans), political correctness, Islam, “that nigger” (President Obama), and Hillary Clinton.14

With the floodgates opened in August, The Times then posted the video and published unexpurgated quotes from the “groping” video in October, in which Trump had bragged in 2005 about groping attractive wome, even in public.15 Spayd, the Times’ public editor, asked Times political editor Carolyn Ryan about the decision. “Ultimately,” Ryan said, “we decided that the words themselves were newsworthy, and that omitting them or merely describing them or slyly hinting at them would not have been forthright with our readers.”16

Even after reading The Times’ extensive coverage of the “groping tape,” I was surprised to open my print edition of the paper on October 31 and see this headline above a Charles Blow column: “Vaginas, Penises, Emails and the F.B.I.” The electronically archived version of this story has since been “filtered” down to “Emails, Genitalia and the F.B.I.”17 Apparently, The Times has not gotten comfortable with the more flexible policy toward obscenity and vulgarity it adopted in 2014.

Say this for Donald Trump: He generated far more interest in an election campaign than one normally sees. Each time I asked students in my Fall semester journalism classes if they intended to watch the next Trump-Clinton debate, almost every hand went up. From Fall 2015 to Fall 2016, it was nearly impossible to get through a conversation without the talk turning to Donald Trump.

Needless to say, such widespread and prolonged attention brought a lot of traffic to media outlets. Writing for The Conversation, my Penn State colleague Matt Jordan noted that cable news organizations expected to rake in $2.5 billion.18

Among the quotes that will not soon be forgotten from this election cycle will be one from CBS Chairman Leslie Moonves. “It may not be good for America,” he said of the campaign, “but it’s damn good for CBS.”19

Profits aside, the stream of tweets and utterances that gushed from Donald Trump, often in the middle of the night, would have posed a dilemma for news outlets. Ignoring them became out of the question. They circulated via social media anyway and, when the mainstream media ignore what’s “trending” on social media, they look old, slow and worst of all, as though their judgments of newsworthiness are politically valenced.

Reporting Trump’s statements in a stenographic way also was out of the question. So many of his comments were considered too irresponsible to go unchallenged.

That left fact-checking and, indeed, the 2016 presidential campaign was fact-checked to a fare-thee-well, with Pinocchios20 being awarded here and “pants-on-fire”21 labels there. To what end, though? Those who saw Trump as manifestly unfit for the presidency didn’t need to have his words parsed. They didn’t believe anything he said.  Those who were seduced by his promises to restore American greatness were equally susceptible to claims that the fact-checking apparatus, like the opinion polls and the election itself, indeed the entire political system, was “rigged” against Trump.

Clearly, mainstream journalists were stumped by Donald Trump. Unable to either ignore or debunk him, they were reduced to jeering at him and his supporters and being jeered at by them in return.

It has been 20 years since James Fallows published his stinging critique of “horse race” journalism in “Breaking the News: How the Media Undermine American Democracy.”22 Not much has changed. So, rather than expect journalists to learn any lessons from 2016, we can probably expect journalists—at every level and working in any medium—to cross their fingers and hope Trump was a one-off and that the next presidential election reverts to traditional politicians slinging their mud in relatively decorous fashion.

Not their bosses in the business offices, though. You won’t hear Les Moonves and other media moguls complain if Trump throws his hat back into the ring in 2020.

2 Arianna  Huffington, “A Note on Trump: We Are No Longer Entertained,” Huffington Post, December 7, 2015. http://www.huffingtonpost.com/arianna-huffington/a-note-on-trump_b_8744476.html

7 Binyamin Appelbaum, “No Evidence to Support Trump’s Attacks on the Fed,” The New York Times, September 27, 2016.

13 James Poniewozik, “Was That a Debate? Or Were the Candidates Just Trying to Go Viral?” The New York Times, October 10, 2016. http://www.nytimes.com/2016/10/11/arts/television/donald-trump-hillary-clinton-second-debate.html

19 Paul Bond, “Leslie Moonves on Donald Trump: ‘It May Not Be Good for America, but It’s Damn Good for CBS,’” Hollywood Reporter, Feburary 29, 2016. http://www.hollywoodreporter.com/news/leslie-moonves-donald-trump-may-871464