The Kavanaugh Effect: An Examination of the Media’s Influence on the #MeTooK12 Movement 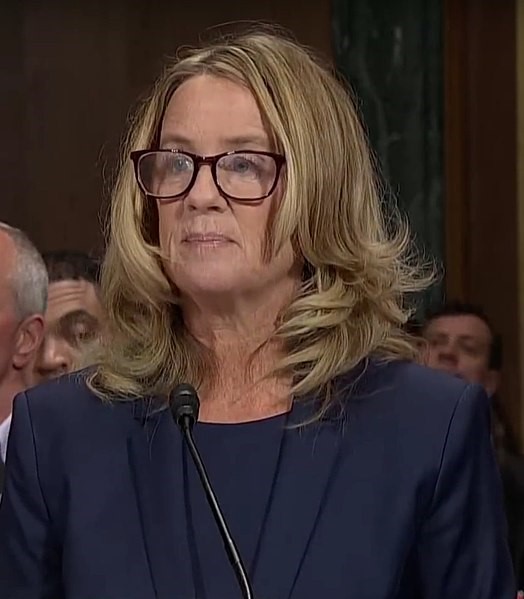 Dr. Christine Blasey Ford testified before the U.S. Senate Judiciary Committee in September 2018 about her accusations against Supreme Court nominee Brett Kavanaugh, and said she was “one hundred percent” certain that Kavanaugh was the man who attacked her at a friend’s party when she was 15—when they were both high school students from elite prep schools in the Washington, D.C., area.

Ford, a research psychologist at the Stanford University School of Medicine, said the high school assault drastically altered her life (Washington Post, 2018). “For a very long time, I was too afraid and ashamed to tell anyone the details,” said Ford. She later added, “The younger you are when these things happen, it can possibly have worse impact than when your brain is fully developed and you have better coping skills.”

The testimony, watched by more than 20 million people (Richwine, 2018), was a pivotal moment for the #MeToo movement and the media. However, a smaller movement known as #MeTooK12 also found its spotlight for the first time since its launch just a few months after the #MeToo hashtag went viral on Oct. 15, 2017 (Camera, 2018).

According to a recent Pew Research Center study, the #MeToo hashtag has been used more than 19 million times on Twitter—often skyrocketing during news events—since actress Alyssa Milano first invited victims of sexual abuse to share their stories on Twitter more than a year ago (Anderson and Toor, 2018).

In January 2018, concerned parents Joel Levin and Esther Warkov launched the #MeTooK12 hashtag and started the national nonprofit organization, Stop Sexual Assault in Schools (SSAIS), after their daughter was sexually assaulted on an overnight school trip in Seattle. “We must connect the dots,” said Levin, whose organization provides an action guide and toolkit for K12 survivors and their families. “Sexual harassment in the workplace has antecedents in students’ attitudes and behaviors shaped in their formative years” (Stop Sexual Assault In Schools, 2018).

The congressional hearings for Kavanaugh’s nomination gave the media and the public a narrative to frame the issue of sexual harassment and assault within the K-12 education community. The incident featured two teenagers from private schools in the Washington, D.C., region who were drinking alcohol at a friend’s party. Ford claimed an intoxicated Kavanaugh used force in an attempt to remove her clothes and have sex without her consent. She also said one of his friends was in the room at the time and fell on Kavanaugh and Ford, giving her an opportunity to escape the room.

For the media, the testimony established the media’s role in providing a platform for survivors to speak out against sexual harassment and sexual assault, and revealed a sharp divide in terms of how society should respond to such accusations when age, sexual consent, the presence of alcohol, youth culture, and the high school environment are all important factors in the story.

An examination of the Kavanaugh hearings offers significant insight into how the media disseminates information and how it guides public opinion about the prevalence and impact of sexual harassment and assault. It has also reignited the debate about how #MeToo claims should be handled within the K-12 education community, prompted new legislation for handling sexual assault cases, and bolstered the need for outreach services for K-12 survivors and their families.

Ford’s testimony helped shift the nation’s attention of the issue of consent and sexual assault to the K-12 education community, and put a name and face to the story of thousands of other victims who were not prominent public figures. The #MeTooK12 movement, which was cultivated through social media and reporters covering education, finally reached a national discourse over how schools should investigate allegations of sexual abuse and provide available resources for survivors and their families in the K-12 education community.

According to a 2017 report by the American Association of University Women (AAUW), more than three-fourths (79 percent) of public schools grades 7-12 reported zero incidents of sexual harassment (American Association of University Women, 2017), even though analysis of data from the Civil Rights Data Collection revealed that nearly half of the students had experienced some form of sexual harassment (Hill and Kearl, 2011). Reports also show a sharp rise in the number of federal civil rights complaints alleging that K-12 schools have mishandled reports of sexual violence (Brown, 2016).

And thousands of survivors—including celebrities Padma Lakshmi and Ashley Judd—were able to relate to Ford’s experience at 15 and shared similar stories through the hashtag #WhyIDidntReport after President Trump questioned why Ford didn’t file charges with law enforcement authorities after her attack (Fortin, 2018). FOX News Sunday Host Chris Wallace also cited the Kavanaugh hearing as the reason why his daughters shared similar incidents that they encountered during high school. “Two of my daughters told me stories that I had never heard before about things that happened to them in high school,” said Wallace on live TV moments before Kavanaugh was scheduled to testify before the Senate Judiciary Committee. “The point is that there are teenage girls who don’t tell stories to a lot of people, and then it comes up” (Bever, 2018).

The hearings also gave media attention to efforts that were already taking place to address these issues within the K-12 education community. Through media coverage people shared a variety of actions that they took to address sexual misconduct and abuse within their K-12 school communities. The movement motivated a Maryland state legislator to propose a law requiring sexual consent to be taught in schools (Kamenetz, 2018), with four other states introducing similar bills (Chandler, 2018). One school in San Francisco recently had a teach-in about Anita Hill (PBS News Hour, 2018). And calls to the National Sexual Assault Hotline increased more than 200 percent on the day of the Ford-Kavanaugh hearing (Slack, 2018).

Activist Tarana Burke founded the #MeToo movement after she realized she didn’t know how to respond to a 13-year-old girl who had been sexually assaulted. “Ending sexual violence will require every voice from every corner of the world, and it will require those whose voices are most often heard to find a way to amplify those voices that often go unheard,” she said (Burke, 2018).

The Kavanaugh hearings provided the cultural moment needed for the nation to explore issues of sexual harassment and assault within the K-12 education community. The media coverage of the #MeToo movement provided the foundation for public discourse to take shape when Ford’s accusation arose during the Kavanaugh hearings. The media coverage also served as a conduit for people to share their stories and offered guidance to people who wanted to take action, from sharing their own stories to proposing changes to policy and law to address the elements surrounding sexual harassment and violence within the K-12 education community. The hearings overall illustrated the role the media coverage played in disseminating information and guiding public opinion about the impact and prevalence of sexual harassment and assault.

Joe Pinsker. “What Teens Think of the Kavanaugh Accusation.” The Atlantic, Sept. 21, 2018. https://www.theatlantic.com/family/archive/2018/09/what-teens-think-of-brett-kavanaugh-high-school-sexual-assault-accusations/570994/