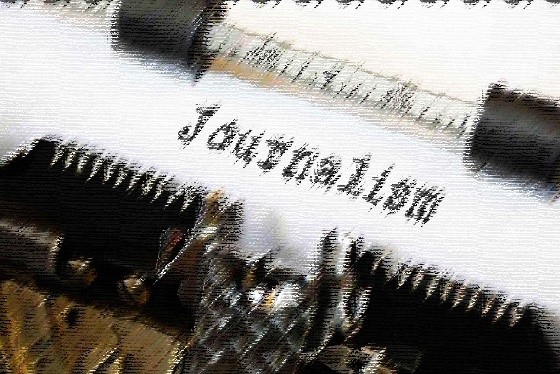 BY STEPHEN J. A. WARD

In a new book, Disrupting Journalism Ethics, I argue that journalism ethics has to be thoroughly disrupted and redesigned for a world of digital, global media. We need a reboot.

Then I indicate how the disruption might proceed by critiquing three ideals of traditional journalism ethics which continue to influence ethical thinking: (1) the ideal of reporters as stenographers of fact—the traditional ideal of news objectivity; (2) the ideal of journalists as detached chroniclers of events in the public sphere, seemingly without goals or causes to advocate; and (3) the ideal that journalists serve local or parochial publics, patriotically.

I don’t just deconstruct. I also construct. For each of the three ideas critiqued, I offer an alternate concept. Instead of dualisms of fact and value, and of observation and interpretation, I argue for an epistemology that views all inquiry as holistic. Fact, value, and interpretation are intertwined. All journalism reports are holistic interpretations. Instead of detachment I offer the alternate ideal of journalism as impartial engagement in the public sphere, an advocacy for egalitarian democracy. Instead of ethical parochialism, I promote moral globalism—making global values the bedrock of journalism ethics, and restraining the influence of patriotism.

But why disrupt in the first place? And why call for radical redesign?

When is radical disruption in any field needed? When two things happen: (a) the main ideas of a theory, method, or perspective are disputed, rejected, or ignored in practice; there is serious fragmentation in belief; (b) the ideas are not useful in addressing new practices and new problems, especially during times of rapid change. Applied to ethics, an ethical ideology is in trouble when it struggles to be a widely respected, effective normative guide for practice. At this point, disruption is a valid option. I advocate disruption because the field of journalism ethics, overall, satisfies the two conditions noted above. Disagreement is widespread, and there is a lack of consensus on fundamentals such as the aim of journalism.

What is the primary cause of fragmentation? It is the digital media revolution. Three aspects of this revolution affect media ethics: (1) the rise of digital media allowing citizens to publish and practice journalism, far from the professional newsrooms where journalism ethics began; (2) the rise of extreme populism and intolerant groups empowered by technologies that spread misinformation, polluting the public sphere; and (3) a global public sphere. News media are now global in reach, impact, and content as they report on global issues or events, whether the issue is immigration, climate change, or international security.

All three factors create turmoil in the ethics of journalism and weaken traditional values.

First, accessible digital media means new forms of journalism and new practitioners with varied values and aims. Citizens have access to publishing technology that can ‘do’ journalism in two ways: Citizens can regularly or randomly commit ‘acts of journalism’ by posting information on events or commenting on issues. Or, they can use the techniques of journalism, e.g., dramatic narratives and images, to promote whatever cause they support. Many of these media workers lack knowledge of existing principles of journalism, or care little for ethics; or, they assert that they work according to their own, and different, values. Today, there is barely a principle or aim that goes unquestioned. New forms of journalism can be emotive and perspectival, and openly partisan. Traditional concepts, such as news objectivity, are rejected.

When the aims of journalism are raised, a plurality of kinds of journalist are up for discussion. In addition to objective reporters, there are online opinion journalists, fiercely partisan journalists, civic-minded engaged journalists, citizen-inclusive ‘participatory’ journalists, and social media journalists. All have different aims. To make matters worse, this disagreement occurs at the worst possible time—when journalists seek agreement on norms for new tools, from the ethics of social media to the responsible use of technologies such as crowdsourcing, drones, and virtual reality. Journalism ethics is so fragmented that it resembles an archipelago of separate islands of value, where journalists hold different and incommensurable interpretations of what journalism ought to be.

Second, responsible journalists now work in a toxic (and global) public sphere of partisan media content, misinformation, hackers and trolls, political networks, extreme populists, and far-right ‘journalism.’ To counter these world-wide forces, it is not sufficient that journalists define themselves in traditional terms—reporting events and alleged facts in a neutral and balanced manner. A fundamental rethinking of journalism’s primary aims is required.

Therefore, I have written this small book, a ‘manifesto’ that advocates for certain ideas and seeks to provoke scholars, students, and citizens to throw off the weight of journalism tradition and advance new and bold models of responsible journalism in a public sphere now digital, global, and toxic.