Case Study: '13 Reasons Why' and the Ethics of Fictional Depictions of Suicide 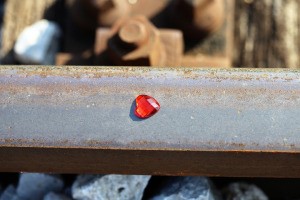 13 Reasons WhyOn March 31, 2017, Netflix aired 13 Reasons Why, an unconventional show that centers on the suicide of a 17-year-old character, Hannah Baker. This character takes her life and only leaves a box of 13 cassette tapes, each one naming a person in her life and explaining how they caused her to commit suicide. The students addressed on the tapes spend the entirety of the 13-episode season trying to come to terms with her death. The show was quite graphic in its portrayals of teen tragedies: it featured an instance of horrific sexual abuse, and the finale ends with a two-minute long scene of Hannah slitting her wrist in the bathtub, later to be found by her parents.

In a case of life potentially imitating art, 15-year-old Bella Herndon committed suicide three days after she binge-watched 13 Reasons Why. Her dad, John Herndon, told reporters that Bella has been bullied since middle school and has struggled with depression. However, a few weeks before Bella’s death, her dad said, “She was doing great. We put her in a new school. She had new friends. They were coming over. She was interacting with them, it was very positive.” Bella’s dad felt that the show was a trigger for his daughter because it seemed to present the idea that suicide is a justified response to the difficulties of bullying. Pleading with the show’s creators, Herndon said, “Stop this. This is wrong. You’re making money off the misery of others.” The producers responded to the Herndon family and other outraged parties with this statement:

Our hearts go out to these families during this difficult time. We have heard from many viewers that 13 Reasons Why has opened up a dialogue among parents, teens, schools and mental health advocates around the difficult topics depicted in the show. We took extra precautions to alert viewers to the nature of content and created a global website to help people find local mental health resources.

Part of the worry over this show concerned a dispute of exactly what effects its gripping depiction of teen suicide had on real audiences. Was its attempt at realism and dramatic portrayal effective at reducing the allure of suicide? The writer of the show, Brian Yorkey, claims, “What we did was portray suicide and we portrayed it as very ugly and very damaging.” Selena Gomez, the co-producer of the show, stated that they “wanted to do [it] in a way where it was honest and could hopefully help people because suicide should never ever be an option.” Gomez and the show’s other co-creators thought this fictional narrative would spur depressed and suicidal teens to reach out for help and support, making such challenges a matter of serious discussion. Gomez issued another statement saying, “I think that stuff is uncomfortable for people to talk about, but it is happening and hopefully it opened the door for people to actually accept what’s happening and actually go and change it, talk about it.”

Many mental health advocates and psychologists voiced concerns that this show would only produce more “copycat” responses of suicide. A study published in JAMA Internal Medicine found that after the show aired there was an increase in Google searches using such search strings as “how to commit suicide” and “how to kill yourself.” These searches far exceeded other search terms during this time for strings such as “suicide hotline” and “suicide prevention.” Though searches for both pro- and anti-suicide search strings increased after the airing of this show, the worrisome “pro-suicide” searches were 17% higher than searches aimed at preventing suicides.

Connected to these worries were important choices by the show’s creators regarding aesthetic matters of realism and emotional impact which sometimes conflicted with more ideal—but less gripping—ways of depicting suicide. Some psychologists expressed concerns with how suicide was depicted in the show’s fictional narrative. For instance, after Hannah committed suicide, her high school locker was turned into a memorial. While this seems like a very possible reaction of her peers, some psychologists pointed out that this is not a constructive way for schools to react in response to a student’s suicide. Such an action may be understood by some students as glamorizing an act of suicide. Even the central narrative device of Hannah leaving tapes explaining how she was mistreated by students and peers was also criticized, since it seemed to display suicide as a possibly legitimate or effective form of revenge. Given such concerns, suicide prevention specialists had advised the producers to not release the series.

The first season aired despite these complaints, and plans were set for another season of 13 Reasons Why. This second iteration added a viewer warning before the show’s first episode in addition to its existing TV-MA (mature audiences only) rating, and graphic warning signs were placed before the episodes containing depictions of sexual abuse and suicide. Netflix has also launched an accompanying website (13ReasonsWhy.info) that contains information for viewers struggling with suicide and mental health issues.

Recent studies exploring the effects of both seasons of 13 Reasons Why have added oxygen to the controversies surrounding this show. A study published in the Journal of the American Academy of Child and Adolescent Psychiatry showed a 28.9% increase in suicide among Americans ages 10-17 in the month following the show’s release (Schwartz, 2019). While this study cannot prove that the show caused this increase, this finding is worrisome for the defenders of the show’s positive effects. The empirical results are not conclusive, however; a Netflix spokesperson pointed to another study by researchers at the University of Pennsylvania which found that viewers of the second season aged 18-29 “reported declines in suicide ideation and self-harm relative to those who did not watch the show at all.” This second study also found that those who ceased watching the second season of 13 Reasons Why before its end “exhibited greater suicide risk and less optimism about the future than those who continued to the end” (Schwartz, 2019).

The series’ co-producer, Selena Gomez, admits that “the content is complicated, it’s dark and it has moments that are honestly really hard to swallow.” But questions remain about potentially limiting film and art in general if they turn out to be harmful. Critics of this show continue to ask—is such a realistic and gripping narrative the best way to address the tragedy of teen suicide most effectively?

Sadaf Ahsan, “Did 13 Reasons Why lead to a rise in suicide rates?” National Post, August 1, 2017. Available at: http://nationalpost.com/entertainment/television/did-13-reasons-why-lead-to-a-rise-in-suicide-rates