Afterword: Some Thoughts after Reading this Collection 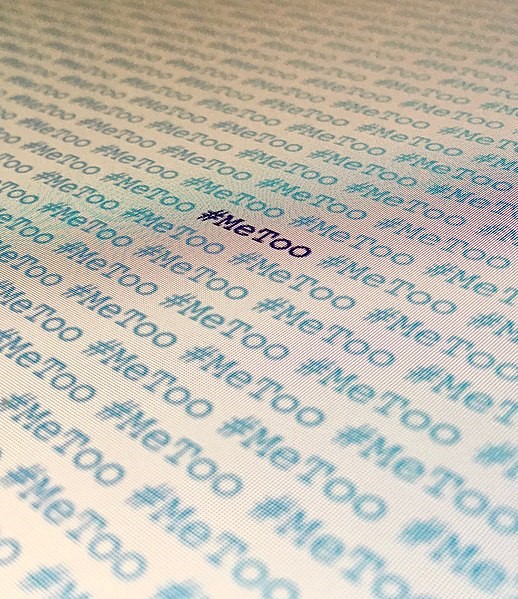 As David Beard observes in his introduction to this collection, while the #MeToo movement has energized proponents of justice and equality (e.g., Leung and Williams), it has limitations as well as its own set of problems: it may falsely project political power as it damages victims (Riley, Skinnell), it continues to frame women in terms of their bodies (Cooks and Zenovich), and its search for justice and equality often does not reach far enough (Skinnell, Ibroscheva, Park). Conley’s observations on the #MeToo movement might be the most damning in that proponents of the movement, in seeking justice, perpetuate the injustice of erasing Black women from both the origin narratives and leadership of the movement.

Given the many tensions between the successes and failures of the #MeToo movement, one might be tempted to say it is all for naught. After all, if hypermasculinity continues to perpetuate a “rape culture,” not only in the United States but in Europe and Asia as well (note our collection’s absence of two continents of people with dark skin),1 perhaps another strategy would be best—or we might as well give up. Certainly, for women, giving up is not an option, and Wieskamp offers two suggestions for journalists as the #MeToo movement moves forward: 1) that news reports reference the body of research on gendered violence and 2) that they “encourage discussions of cultural interventions that could help prevent gendered violence.” Still, the rate of change and forward motion is frustrating—as many of these articles discuss.

Cook and Zenovich’s brief summary of arguments made by feminist legal scholars and critical race theorists illustrates the depth of the racial and gendered inequities within societies. As they observe, sexist and racist assumptions undergird the “structures of governances and jurisprudence . . . upon which the moral discourses and ethical practices of our institutions are founded.” Rhetorical theory’s explorations of rhetorical ecology demonstrate that with such a base, texts of media and social media are “within a larger world of dynamic, interrelated, socially constituted systems that are in constant flux” (Rivers and Weber 192). Narratives of masculinity, especially white masculinity, are not going to easily give ground to the exploding circulations of the #MeToo movement. Change does not happen quickly or readily.

However, as examinations of rhetorical ecology show, narratives provided by the media do alter realities. A #MeToo movement that recognizes the power of the black women who founded it may not directly create political power, but it does modify ways people view the world. Already, the world has evolved because of the advocacy of these women.

Our lives provide illustration (and here’s where, as Beard mentioned in the introduction, we “slide into the position of allies and advocates for the #MeToo movement”): we both have been victims of sexual harassment, though one of us, a black woman, has faced more serious victimization, once—in the 1970s—by a white man, and more recently—in the 2010s—by a black man. The first evolved from a game of hide-and-seek, the second from an interaction on an academic campus. The second resulted in a guilty verdict for the man, the first resulted in nothing other than the personal trauma. In a ‘justice’ system still reeling from the Civil Rights movement, silence seemed the safest answer. The other of us, a white woman, faced threats of rape in the 1970s for her efforts at making a college fraternity coeducational. After all, those threatening her stated, “She was asking for it”; isn’t she merely being a “cock-tease”?

With the #MeToo movement, the events of the 1970s would probably be very different if they occurred now. After all, in the 2010s, victims take control. Perpetrators who went without punishment in the 1960s are now being prosecuted. We don’t accept the concept of “cock-tease” when women are working with men for equal access to resources.

However, there are questions raised by these cases. The world has changed, and hypermasculinity does not legitimize rape, but for Black women, situations are more complex. In 2016, had the Black female professor been locked in her classroom by a White male “student,” would she have filed charges? Yes. Would she have won her case? Probably not. As the press focuses on the kidnapped and abused White and blond girls, it ignores the constant flow of kidnapped and abused girls of color. For example, how much does the press cover the sex trafficking of thousands of native women throughout North America? As the Bill Cosby case juxtaposed with those of many White men (including Brett Kavanagh) reveals, the “justice system” seems to have little problem with indicting Blacks and exonerating Whites. As Skinnell observes, many White men appear to face only a brief period of public wrath, if any at all, for their actions. It seems that even within the #MeToo movement, the Black voice (whether male or female) does not hold the dignity, power, or distinction as does its White counterparts.

The limitations of #MeToo do not negate the changes that have occurred, changes that have created environments in which women can take charge, even when they are victimized. However, Conley makes clear that we need to build on the #MeToo movement: just as women are demanding that men listen to their outcries of #MeToo, White advocates within the movement need to acknowledge their Black sisters who collectively say #MeToo in ways that White women have no need.

Just as #MeToo can alter socially conservative South Korea (but not quite enough), it may eventually recast norms through Eastern Europe. It will be for naught, however, if the discussions suggested by Wieskamp do not hear Black women’s #MeToo, if the #MeTooK12 noted by Leung and Williams help only students in privileged neighborhoods, and if the political power yearned for by Riley does not include people without access to media.

The #MeToo movement has revolutionized our social environments, but environments are always fluid. Therefore, #MeToo advocates need to continue the work they are doing, heed the criticisms leveled here, find and listen to those who cannot access the media or even social media, and never give up.

It’s time to amend our call. Join together, for we are not singular. We know. #Wetoo.

1. We note, as editors, that we were genuinely surprised by the diversity of manuscripts, addressing the movement on three continents. At the same time, the lack of submissions addressing the movement in Africa, in Central and South America, and in Australia raises questions about both the dissemination of the movement and the scholarly reach of Media Ethics. Informing future interdisciplinary conversations like this one with perspectives from a range of often-overlooked cultures is a challenge that we must continue to address.