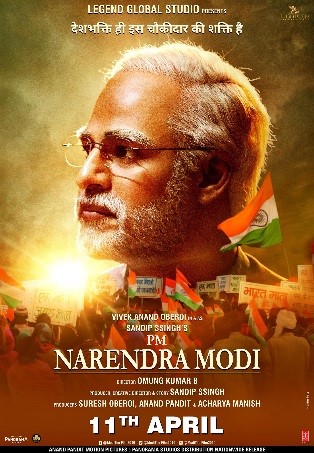 BollywoodIn January 2019, a film trailer premiered that became one of the biggest controversies of the election season in India. PM Narendra Modi, a biopic of the sitting prime minister, was slated to premiere on April 5, just days before the six-week voting period began. Given India’s regulations banning the ruling party from using mass media to bolster their campaign, opposition party members and other critics quickly began to cry foul. At the same time, the ruling party, the BJP, made clear they had no hand in the filmmaking process. The film producers further distanced the party from the movie, saying that the work is in no way affiliated with the BJP; only personal funds were used for production and no political operatives were part of the creative process.

Some still worried about the film’s ability to influence public opinion. Film critic Shubhra Gupta said the “movie will be a large-screen version of what Modi has been doing on TV … as if he needed any more” visibility (Malhotra, 2019). Part of the problem, as discussed by the director of the Mumbai Film Festival, is that India is “a movie-mad country, a star-worshipping nation,” meaning the biopic could garner enough attention to alter election results (Mundy, 2019). The sway could be especially strong “in less-educated parts of the country” where “the perception is that they can’t show it in a movie unless it’s true” (Ponniah, 2019).

To that end, there have been claims that the film diverges from historical fact and exaggerates Modi’s heroism and political ability. Nilanjan Mukhopadhyay, a Modi biographer, said the film’s depiction is “distorted to project an image that’s far away from the truth” (Malhotra, 2019). There is a particular focus on a scene involving the 2002 Gujarat riots, in which the fictional Modi responds with greater speed and sympathy than the real man did. Another scene—entirely made up according to many—shows Modi dodging gunfire from security forces. Former chief election commissioner N. Gopalaswami said the factual diversions were not an issue for the commission: “nobody can put a restriction on human imagination” (Malhotra, 2019). Modi’s BJP party also came forward saying “independent artists, influenced by the lifestyle of Prime Minister Narendra Modi, created the film” but the party itself was “in no way involved in it” (Suri, 2019).

Ultimately, on April 5, the movie was not released. The Election Commission blocked the release of the film until voting closed in May 2019, worrying it may tilt the balance of the election and insisting any movie that has “the potential to disturb the level playing field during the elections, should not be displayed” (Suri, 2019). In large part, the decision was based on “several scenes depicting a major opposition party as corrupt and showing them in a poor light” (A.A.K., 2019). However, the commission has not blocked all political films this election season, such as one centered on a Modi-ordered strike on Pakistani militants in 2016 and another movie interrogating the death of a prime minister during the former reign of an opposition party. The seemingly selective blocking of films potentially weakens the Election Commission’s argument and worries those interested in keeping film out of the arena of political advertising.

Some Bollywood directors, such as Vivek Agnihotri, argue Indian society “is now able to handle political themes in films” and that these do not amount to propaganda but an expansion of artistic expression beyond simply “making love stories and mindless comedies” (Mundy, 2019). This perspective argues that Indian citizens should be trusted to think for themselves and that artists ought not be limited by potential mistakes among viewing audiences. Ingesting a piece of media does not determine voting behavior, such critics might argue. What’s more, with a voting period that lasts over a month in India, arguments that a single film will change election outcomes become less persuasive. Regardless of these defenses of the freedom of artists in heated political times, there are still many unanswered questions in the world’s largest democracy over the relationship of speech, film art, and politics.

1. What, if any, ethical obligation does Bollywood have to make sure the film is historically accurate in its depictions of Prime Minister Modi? Would you apply these restrictions to art and artists in general?

2. Does the ban on overtly political films create a fairer electoral playing field or simply benefit those who already have prominent public personas?

3. Is it ethical—in the name of electoral fairness—to curb Bollywood’s political and artistic speech?

4. Do governments have the duty to protect their citizens from potential misinformation during elections or is it the duty of citizens to judge fact and fiction for themselves? What costs to freedom of expression are acceptable to bear in pursuit of these goals?

A.A.K. “The release of ‘PM Narendra Modi’ has been delayed until after the election.” The Economist, April 29, 2019. Available at: https://www.economist.com/prospero/2019/04/29/the-release-of-pm-narendra-modi-has-been-delayed-until-after-the-election