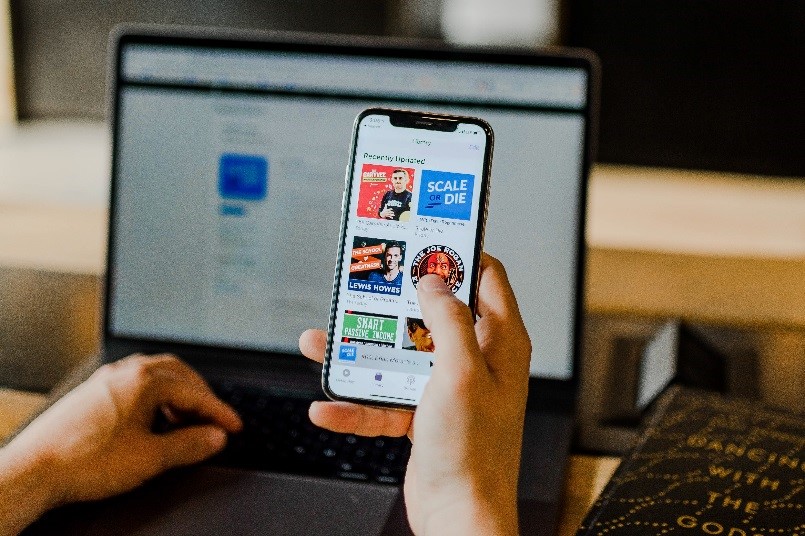 BoysonThe following is a found letter, or in other words, it is a letter composed from the sentences taken from other writers’ works and then rearranged into a new composition by a single author. In this case, 31 university students enrolled in a media class submitted letters they would write to a young child with advice about using media technology. The composing author is me, Aaron Boyson, who was also the professor of the class. The students were asked to write the letter to a hypothetical or actual relative less than age 10 responding to the prompt: “What if anything would you do differently with media if you could re-live your childhood.” To compose the letter below, at least one sentence was taken from each of the 31 letters submitted for the assignment. The new letter represents well a class-wide remorse that relationships with technology had not met expectations. Some points are important to stress to the reader. First, every sentence in this letter belongs originally to a student (i.e., no sentence was written by me). Second, it is equally important to note that the students were not told what media to discuss in the letter, and they were encouraged to be either positive or negative.

Hey sport. I’m sorry to say you are virtually impaired. I have already seen such a drastic change in your personality. In those moments that are digitally created, you need to remember, no matter how they feel, they have never been real. To confuse the digital with the actual is to lose sight of your humanity. If I could beg of you one thing, it would be that you always know where the line between those two things lies.

Looking back on how much time I have used my devices and accounts, I am really disappointed. Here I am now, 20 years old, transitioning to the last half of my college career, and to think only a few years back I was having “texting battles.” I want to explain my history with interacting online and give you some advice. I personally suffer from a constant need to check my to do list, my stocks, the news, the next thing, etc., during times when I know I really shouldn’t, like in class, with family, with my girlfriend. It really sucks, man. I wish I had never gotten in the habit of hiding behind screens to have conversations.

You may be young, but these years are important years, years which will set the foundation for the rest of your life. You won’t like me saying this, but your mind is a delicate thing. Guard it valiantly. Once you have taught it something, it is difficult to unlearn.

If I could do it all over again, I would simply never have wished for my first cell phone at the age I did. Because of the constant communication and connection my anxiety skyrocketed. I would change the way my parents let me have “free will” with the Internet. I wouldn’t try to convince them that I needed a smartphone because it led to a whole whirlwind of me trying to stay connected and up to date on numerous social media sites as well as texting my friends at all hours of the day and night. My friends and I actually would compete to see who could send and receive the most text messages (after all, we had unlimited texting). Now, I get tired of looking at the same social media apps over and over – “Twitter jail,” favorites instead of likes, and the tweets were reckless – that I end up placing my phone on airplane mode.

I was diagnosed with ADD in the 9th grade, which is kind of late for being diagnosed but, I 100% believe it is because of what I stated above. Now, whenever I have my phone on and near me, the temptation to check it compulsively is too great, and I end up accomplishing next to nothing. I grew conditioned to constantly connecting and disconnecting, so by the time I finished middle school, making new friends no longer interested me. I would argue also that too much television and gaming as a child has made it difficult for me to pay attention in class. Winning a fight in a video game is not the same as winning an argument. Building up a character in a game is not the same thing as building yourself into who you need to be. Completing an online quest is not the same as completing a book series.

There is this urge I have now to check my phone every time I think I feel it vibrate. It probably blocked many friendships from starting in the first place. Being online gives you the opportunity to pretend, and I understand the lure of that. I’ll admit, I got hooked on this foolishness in my adolescence, and it wasn’t worth it in the end. Maintaining your online persona quickly becomes a burden, and you’ll often find it is a persona that isn’t an authentic reflection of who you are, a persona that you will feel compelled to live up to.

I wouldn’t be tethered to it, like a crackhead. I would look up more. There are no words to describe the value of keeping yourself open, and honest, and real. Face-to-face interaction is so important at a young age. For example, and I’m not proud of this, when I have decided to terminate my employment at two different places, I just sent an e-mail when an in-person meeting or a phone call would’ve been more sincere and appropriate. It is crucial for your health and wellbeing to understand the world around you and to make time to be in it, fully, completely. When you feel you really want to pick up a controller or device, go outside and explore nature more. Remind yourself of the greater role you play in it. Become good friends with your librarian.

So what was the point? Nothing. There isn’t anything that benefits you by doing this. This has brought something depressing into thought, if we are always being together on our devices what is the point of face-to-face communication? It’s weird, I realize that what I do online is considered stalking, but social media makes stalking the norm because all you do is watch what others are doing. “I glance at my watch to sense the time; I glance at my Blackberry to sense my life,” wrote Sherry Turkle in her book Alone Together. That was when I realized media wasn’t social, wasn’t something I wanted to be absorbed in.

I wish I didn’t have social media until I was older… it doesn’t really give you a chance to miss people or wonder what they are up to. I find myself lazier than ever, exhausted all the time, and finding more time to not do what I need to get done while finding more time to lay in my bed and watch an irrelevant screen. I skip phone calls from loved ones, ignore conversations with friends, all to watch a fictional life, to avoid mine. I began to chase quantity.

It is ultimately extremely difficult for me to write this letter because I believe I have already lost you to the (mediated) world that wants to claim 100 percent of your time. I hope you are able to find time away from all those screens and not let them interfere with the type of person you strive to be. Devote at least one day of the week to be digital free. This matters.

PS - Every good has some bad that comes with it, so we have to be very careful because there could be robots or cyborgs who would scam us for money or whatever.

Author Note: I wish to thank the students from the Fall 2017 section of Children & Media at the University of Minnesota Duluth for their surprisingly honest, candid, and revealing contributions which made this found letter possible.