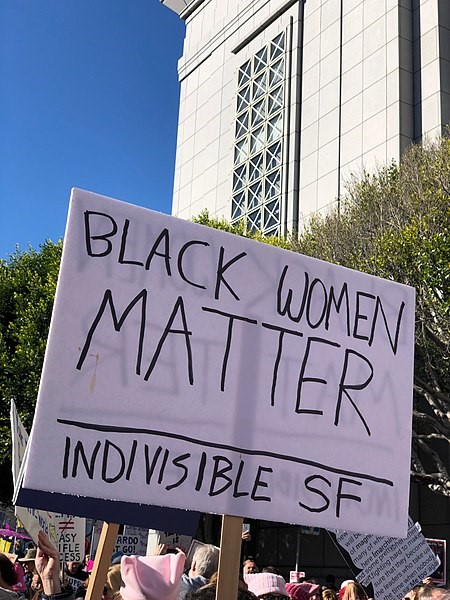 I recently listened to a podcast episode with author Sam Harris1 who interviewed comedian Bill Maher and Hollywood director Larry Charles about the 10th anniversary of their documentary film Religulous, a skeptical take on world religion. At the time of writing this essay, Harris’ podcast has over 9,000 paid contributors on Patreon and his YouTube channel has over 17 million views. Like Harris, Maher’s reach is vast with an average of 2 million viewers tuning in to his weekly HBO political show Real Time. Harris, Maher, and Charles, all white men, have positioned themselves in liberal media on the front lines in the fight against misinformation and ahistoricism. Their reach and popularity cannot be ignored in assessing the current media landscape, especially when it comes to coverage of the #MeToo movement.

In this particular episode, Harris, Maher, and Charles questioned aspects of the #MeToo movement from survivors’ stories, to activists’ motives, to politicians’ apathy. Harris characterized the movement as a witch hunt, and Maher warned that liberal ‘social justice warriors’ are a threat to rational thinking. Charles added, “The Me Too movement was started by Ronan Farrow, not a politician.” Maher, to his credit, corrected Charles by telling him that a Black woman started the #MeToo movement ten years ago. Charles clarified, saying he did not mean to credit journalist Ronan Farrow for starting the #MeToo movement, just that Farrow brought it to a mainstream.

I thought about this conversation days after it aired. White men who wrestled with the existential crisis of liberalism while activists exhort the rest of the world to end rape culture and institutionalized misogyny made me question the utility of public intellectualism in the current media landscape. These men have influence over public opinion about sexual assault. Yet, as they champion the fight against misinformation and ahistoricism they hold fast to a view of the movement that is grossly incomplete. This is an ethical dilemma about the standards media influencers have in their coverage of the #MeToo movement. It is also an example of how white liberalism in media plays out. Those who believe simply that freedom matters as a political philosophy can also possess an intellectual blind spot about equality and justice. They fail to see beyond their own wavering self-interests, usually economic and nationalistic in nature, to recognize a view of history that has steadily demonstrated the victor is the visible. I point to this podcast conversation not in slight but as evidence to justify why it matters that scholars of the #MeToo movement intervene where misinformation and ahistoricism seeps into public discourse, especially when the producers of these ideas are white men with mega media platforms.

Charles’ perspective on the origin story of the #MeToo movement is not uncommon. It reflects a pervasive idea about social justice movements that is divorced from history and context. It attributes influence to the most visible. In the case of the #MeToo viral campaign, faces of the movement have been high profile white survivors and whistleblowers. The issue is not that Charles thought Farrow played an influential role in the movement; indeed, Farrow has. It is that Charles omitted, quite assuredly, a Black woman from the story of the movement. Though Maher got it right, he too failed to recall the movement’s founder by name.

Tarana Burke’s name cannot be overstated in the origin story of the #MeToo movement. For every time she is acknowledged, Black women’s activism and testimonies are revealed,3 leaving an imprint on society’s collective consciousness. Just as other Black female activists like Rosa Parks and Angela Davis who came before her, Burke is part of a long tradition of Black women who have organized to end sexual violence. These women represent the work of rectifying racialized gender violence that has often gone unseen. Burke writes, “In 2006, I launched the #MeToo movement because I wanted to find ways to bring healing into the lives of black women and girls. But those same women and girls, along with other people of color, queer people and disabled people, have not felt seen this year.”4 Here Burke also reminds us that the #MeToo movement did not arrive the moment someone sent a tweet or published an exposé about a Hollywood producer; it started when a girl of color decided to tell her story and a Black woman was there to listen.5

As a critical media scholar, it is my responsibility to pay close attention to the way stories are told in different forms and across various media in efforts to understand how ideas about social movements crystalize. With the #MeToo movement, in particular, I scan the current multimedia landscape for omissions and mischaracterizations that media influencers—including entertainers, pundits, and journalists—amplify. I do so in efforts to intervene where false ideas spread about the story of the movement and about people actively committed to ending sexual assault. It is an opportunity to hold critics of the #MeToo movement accountable for their caricaturing of #MeToo activists and supporters, and for their incomplete renderings of history.

After a few days of reflecting, I thought that perhaps Harris, Maher, and Charles’ opinions about the #MeToo movement was inconsequential in the grand scheme. Maybe Charles is just an outlier, and maybe Burke’s name simply slipped Maher’s mind at the moment. To address these uncertainties, I decided to ask my Twitter followers using a non-scientific poll: Who started the #MeToo movement?6 The results showed that out of 1,080 votes, 89% believed Burke started the movement, 5% believed it was actress Alyssa Milano, and 6% believed it was Farrow. The next day I asked my students the same question, and the results mirrored the Twitter poll. Roughly 10% of people believe someone other than Burke started the movement. In response to the Twitter poll someone asked, “Does it matter” who started the #MeToo movement?7 At that moment, I was sure it did. It matters for the very same reason why at a young age we were taught to memorize the names of United States presidents, and learn the names of the generals who led the fight during the American Civil War, and recall the leaders of the Woman Suffrage Movement. It matters because the origin stories of social and political change are wedded to the value we place on leadership in this country. Black women have always led in social movements. And so, it matters in the #MeToo era that progressive media influencers get it right and are honest about a history that tells the story of Black women as victors too.

2. Say Her Name is a social movement and viral hashtag campaign started by The African American Policy Forum, led by legal scholar Kimberlé Crenshaw, which calls attention to police violence against Black women and girls. Here I use the phrase as a way to gesture to Black women’s activism in the current era and emphasize the point that Black women names be uttered in order for their histories and testimonies to be recognized.