The Virginia On-Air Shootings: All Too Real 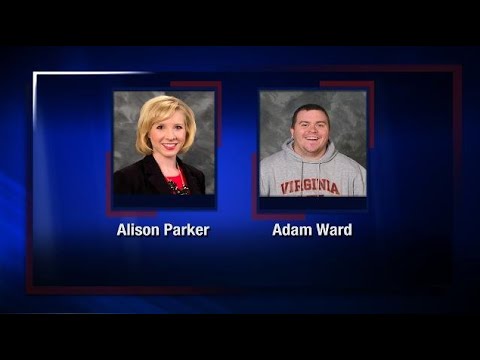 ,theConversation which is "an independent source of news and views from the academic and research community, delivered direct to the public." You can find the original article here.

In an interview with The New York Times Sunday Book Review in August 2015, children’s author R. L. Stine joked that he never reads non-fiction: “I hate anything real.”

Stine could have been speaking for the legion of commentators who spoke out about the on-camera shooting of two journalists from WDBJ, Roanoke, Virginia (and a person they were interviewing) a few days later that month. But apparently, he wouldn’t be speaking for many people in the media.

Fictional on-screen killings are as common as weather reports. Real ones are rare: Jack Ruby’s killing of Lee Harvey Oswald two days after Oswald murdered President Kennedy and a suicide on a Los Angeles Freeway in 1998 are among the few that viewers could see as they happened.

In such unfolding situations, television station managers or news directors could argue that they had no way of knowing that the incident would end the way it did, and could not cut away in time to avoid showing the actual killing. The real controversy centers on re-broadcast of the ghastly footage. Here, the suicide of Pennsylvania State Treasurer Budd Dwyer in 1987 enters the picture.

It was the day before Dwyer’s sentencing on fraud charges. He called a news conference in Harrisburg, the state capitol, and—after reading a statement with cameras rolling—he put a handgun in his mouth and fired.

Most Pennsylvania TV stations got the footage about a half-hour later. Most only showed Dwyer brandishing the gun. A couple of stations showed him placing the gun’s barrel in his mouth, but cut away before he pulled the trigger. Three showed him pulling the trigger.

A similar range of decisions was on display within the first few hours of the shooting of WDBJ journalists Alison Parker and Adam Ward and local official Vicki Gardner in Moneta, Virginia.

At first, NBC News froze the video before the shooting started: “We’re not going to show you the entire sequence,” the anchor said. Later, though, the network posted a warning that the video “may be disturbing to some viewers,” and then ran the entire clip.

CBS News warned viewers orally that the footage would be disturbing—then showed it.

ABC froze the video at the moment when Parker appeared to have been shot—perhaps the least palatable approach.

Which raises the fundamental question about such video: Does anybody need to see it?

Unlike the mainstream news organizations, social media content managers decided that the answer was “no”: While the broadcast and cable giants showed the interview footage that was shot by Adam Ward for WDBJ, Facebook and Twitter took down the images recorded by shooter Vester Lee Flanagan on his cellphone.

The question of how we are harmed by viewing real as opposed to staged violence is, I believe, the main ethics issue raised by coverage of the shootings in Virginia—but there are others. One is the attention paid to the perpetrator.

During the spate of school shootings since the late 1990s there was much discussion of whether news coverage of each incident spawned copycats. If, the thinking went, these shooters were motivated, in part, by the desire to see their faces and their words on the front pages of newspapers and in the lead stories on the evening news, perhaps news organizations would do better to ignore them and focus on the victims.

Yet, as ever, we are seeing repeated images of Flanagan (also known as Bryce Williams, and a former employee of WDBJ) including a dramatic (if blurry) shot of him firing his gun, and even a quote from a letter in which he expressed his admiration for the previous shooters at Columbine High School and Virginia Tech University.

As the afternoon wore on, ABC’s homepage led with “What we know about suspect in on-air shooting” and NBC’s led with “Human Powder Keg: Gunman Says Discrimination.”

Certainly, we humans have always been fascinated by the criminal mind—with what makes transgressors tick. But is the possible role of the news media in inspiring copycat criminals even part of the newsroom discussion anymore?

A third familiar issue raised by the coverage is the over-hastiness to report what has not yet been confirmed. As we saw with the coverage of the wounding of White House Press Secretary James Brady during the attempted assassination of President Reagan in 1981, and with the wounding of Representative Gabrielle Giffords in 2011, some outlets were reporting Flanagan’s death while others were telling us that he was in critical condition or that he “still had a pulse.”

Reporters also were quick to frame the story as part of a growing pattern of violence against journalists, but since the shooter turned out to be a journalist himself, this became recognized as a case of a “disgruntled former employee” who just happened to be a journalist.

Finally, it is worth noting that in headline after headline, the incident is referred to as an “on-air” shooting. Clearly, the fact that this crime was committed as the camera continued to operate vastly improved its newsworthiness.

Horrified as we are, or claim to be, by real violence, televised real violence that we can watch as it unfolds is realer than real and, therefore, vastly more fascinating than the fictionalized kind or the real kind we find out about after the fact.

Or so the mainstream news media believe.