The Charlie Hebdo Massacre Leaves Us with Painful Ironies 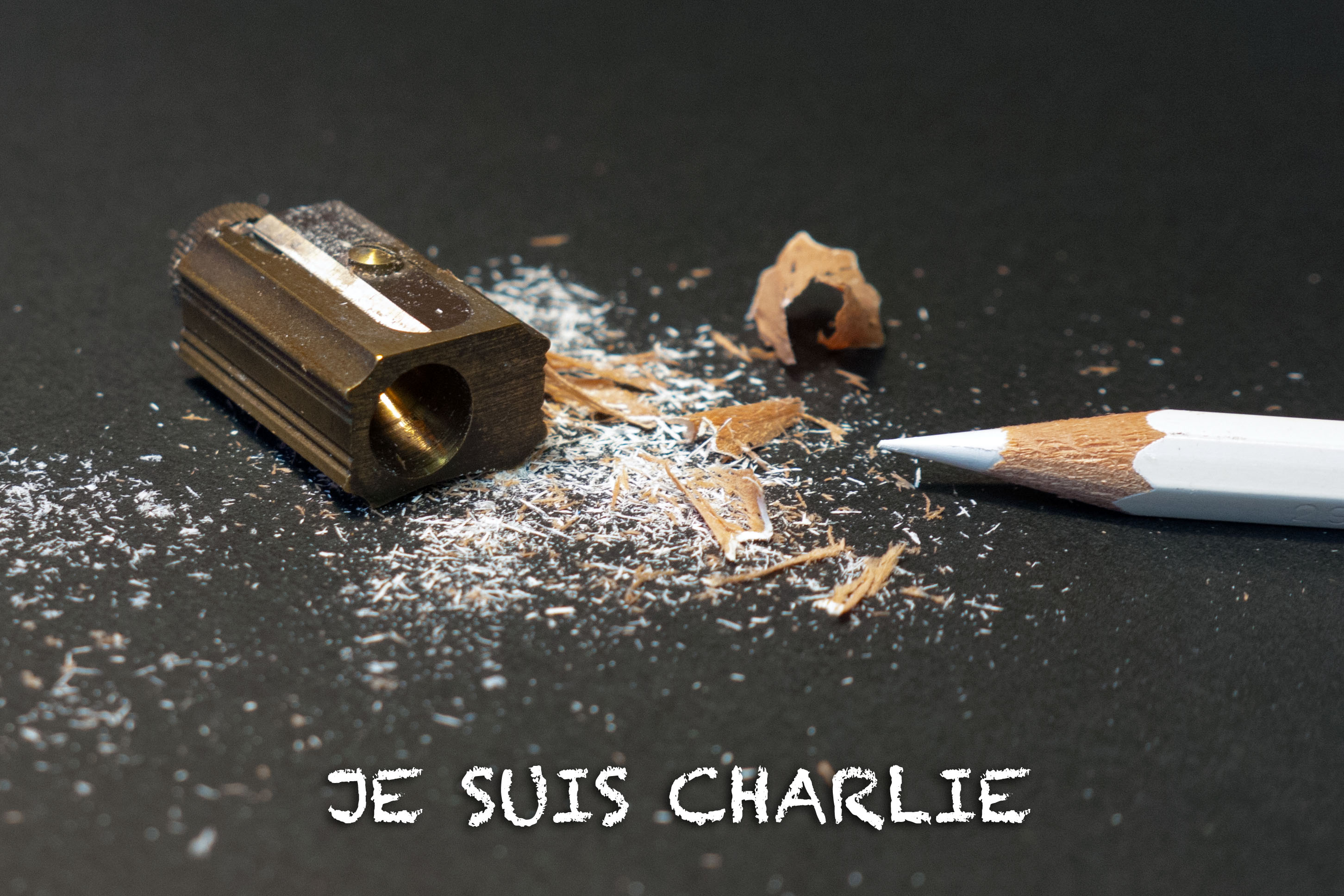 It’s not hard to imagine the scorn that the artists and writers of Charlie Hebdo might have heaped on the dour protests their deaths provoked. I could see a cartoon lampooning the political luminaries and cultural lions who turned out, trudging along in solemn procession holding placards that insist they too are Charlie. Then they pause just long enough to say what they’re really feeling—relief! After all, they’ll now be spared, for a while anyway, the jaundiced and biting ridicule at which Charlie’s staff excelled.

Instead of laughs, the funeral air was thick with pieties about freedom. But, hey, nobody can control who comes to their burials or what’s said in their obituaries (if any), and so the brilliant malcontents whose work populated Charlie’s pages have little choice but to suffer in silence the ironies and discomforts of martyrdom.

Their killers confront their own ironies, I suspect, though their fate as martyrs wouldn’t make them wince, since it’s what they sought. They would never be taken alive, and they knew it.

Still, it’s ironic that they shared with the people they murdered an estrangement from a deeply rooted, cultural mainstream, a sense of alienation and grievance, a wish to be noticed, to have their impact felt, to settle scores. It’s hard to watch the video of slain terrorist Cherif Kouachi, a onetime rapper and pop culture enthusiast, alongside the video of Charlie’s cartoonists brainstorming about how to respond to the satirical Danish cartoons of 2005 featuring the Prophet Mohammed in caricature, and not wonder what they all might have talked about, if their only meeting hadn’t been down the barrel of a machine gun. (A 2005 column on this subject is available at the author’s Web site).

I was shocked and disgusted by the Charlie Hebdo killings in a way that I hadn’t been by the other atrocities of the post-9/11 terror. That’s because I got to know the tabloid weekly when I was young, a student in Paris. I used to read it because the cartoons were cool, its language was the patois I wanted to learn, and its sensibility the same anarchic and tasteless post-’68 blasphemy that inspired the counterculture that was roaring to life back home.

Hearing about the January 7 slaughter was like finding out that somebody assassinated Don Martin, the late Mad magazine cartoonist, or Robert Crumb, the Leonardo Da Vinci of the U. S. underground press. Charlie Hebdo? Who on earth would kill those guys? Has the world truly gone nuts?

Journalism advocates moved quickly to claim the killings as further evidence of the lethal danger that reporters face, and were eager to add the murders to the dismal tally of news correspondents killed, jailed, tortured, beheaded. But it’s not a good fit. Unless they’re held as a target of opportunity for ransom that’s refused, journalists are killed for cause. They die by a chill, utilitarian logic, which was absent here. Reporters are in the business of exposing realities someone wants concealed, and if that someone is armed and angry, the journalist dies.

The Charlie team wasn’t exposing anything; they were hurling insults and poking fun. To me, that makes their slaughter disturbing for altogether different reasons. It represented an attempt to reshape French popular culture by redefining the boundaries of permissible social commentary, which for centuries has cherished a lusty strain of mean-spirited, profane, often outrageous, generally defamatory, abuse and derision.

The tradition of French satire of which Charlie was the proud bearer hadn’t spared religious prelates of any persuasion and had followed an equal-opportunity-to-insult policy that included monarchists as well as socialists, capitalists alongside trade unionists, Jews with Muslims—since giving offense was the point, the great cultural leveler.

It’s true that running grotesque cartoons of Arabs and deriding the founder of Islam causes special pain to Muslims who are struggling for recognition and legitimacy in a country where the presence of North Africans is a legacy of a century of colonial exploitation and a half-century of homegrown abuse.

But whether the satire was kind is beside the point. The point is that it was part of the deal, part of the popular culture that defined being French. And the appropriate reprisal would have been cartoons that pilloried the smug, cosseted Charlie Hebdo artists who claimed an entitlement to look down their noses at everyone. Not a firing squad.

Still, in the aftermath of the terror, the media in this country have dusted off the perennial issue of “hate speech.”

That the idea that the slaughter of Charlie’s staff (the related killings of the wholly unrelated shoppers at a Jewish grocery in Paris aren’t mentioned) is in some bizarre sense a comment on the perils of free speech is so appallingly offensive it makes me splutter. It suggests that the satirists asked for it, that they bear responsibility for inviting their own murders.

And it vindicates the whole purpose of the horrific attack: To redraw the boundaries of allowable commentary so as to put what the killers revere off-limits.

What an irony that would be.

Meantime, it’s clear that the slaughter in Paris has managed to change the public policy subject, decisively, away from growing doubts over the wisdom of the endlessly renewable, insanely expensive, surveillance state that much of the non-jihadist world has drifted into since 2001. Here, it was Democrats who cited the attacks to defend the $400 million increase in Homeland Security appropriations.

Never mind that the attacks demonstrated, once again, the futility of mass surveillance, since the killers had been well known to anti-terrorism authorities, and had been tracked assiduously. The utter ineffectiveness of the security state in preventing the slaughter goes unremarked. Instead we’re left with a renewed insistence on more, stronger, more thorough surveillance—which, in fact, will leave us less free and no safer.

Yet another irony that Charlie Hebdo would savor.