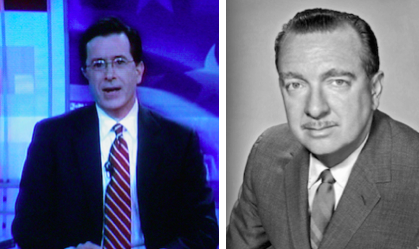 The traditional ethics banner of objective journalism—historically holy, heralded and honored in journalism school training and journalistic practice—is again being challenged. This time by new subjective forces, pressures, desires, needs and public expectations of understanding (or trying to understand) the fragmented and unceasing array and flow of information that is often lacking an overall meaning.

It is risky to criticize or critique the battle-flag of objectivity. It separates the journalist from personal bias and prejudice in describing what is being observed in the time-honored practice of “telling it like IT IS,” without passion or preaching, like dispassionate information “scientists” in a world rich in news of death and demise. Feelings are forbidden as all-knowing editors and news anchors comfort and assure the uninformed and the expectant masses with THE truth.

However, the “establishment mass media no longer rule the “world of fact” as scores of new individualized Internet media technologies and techniques such as Facebook and Twitter with multiple viewpoints and multiple versions of the “the truth” range from previously-verboten participant-observation by news-makers and reporters to satirical television skits on Saturday Night Live; radio parodies by Rush Limbaugh; political comedy and commentary on Jon Stewart’s Daily Show and Stephen Colbert’s The Colbert Report. Such “news” is also found in newer formats like The Onion, as well as in some aspects of traditional citizen and community journalism. Personal, opinionated media perspectives are no longer owned by columnists and cartoonists, but overlap notions of preventive and “solutions” journalism which lessen emphasis on traditional straight, “hard” news based on the “How many dead tells the story” formula, and instead focus on how journalists can solve and prevent problems before they become news in the traditional sense.

Current practice now introduces a straight news method of “telling stories” with a narrative and meaning rather than reciting or displaying an objective, dispassionate array of fragmented facts, allowing readers, viewers and listeners to get information, but not meaning and may enable them to learn more, but not necessarily understand the flood of media content. A forbidden question in the newsroom is whether fabricators of unverified (but plausible and realistic) events and even satire and news hoaxes can illustrate “truths” ironically missing from “objective” news accounts presumed in the past to be the only way to “tell it like IT IS.” It is a dangerous thought to even suggest that “bad” journalism, might have good consequence by raising issues neglected via traditional reporting and verification practices by making points beyond parodies which exaggerate and mock accepted “truths.”

Speaking charitably, popular, well-regarded and highly visible network news anchor Brian Williams and news analyst Bill O’Reilly fell into bad habits that have lessened the value of their “observations” as they perform their roles as trusted witnesses expected to provide viewers and listeners with extended meanings. They enlarged their grasp of events presumably to help a general public put the pieces together quickly—regardless of past history or future verification, as their current involvement enriched the reported “reality” beyond the singular event.

A related ethics dilemma, currently being analyzed and debated, is whether media hoaxes and extended elaboration of heavily covered news events based on limited initial “facts” can serve to focus and highlight larger and otherwise neglected issues such as race relations and go far beyond reporting a single incident or even fabricated story. Debate on media ethics arose in such stories as the rape hoaxes involving Tawana Brawley and the Duke University lacrosse team; the fabricated creation of “Jimmy’s World” by Janet Cooke in the Washington Post; the trial of George Zimmerman in the Florida death of Trayvon Martin; the original Rolling Stone article about rape in a fraternity house at the University of Virginia; and the questionable “Hands Up. Don’t Shoot” death of Michael Brown in Ferguson, Missouri. Despite accusations of bad journalism, “opinionated journalism” apparently does get people involved in political issues, according to media studies cited by Sarah Jaffe, staff writer for In These Times. She found that those studies showed that “The ideal of ‘objective’ journalism . . . may actually be bad for civic participation” and “is ironically more likely to disengage people than engage them in the political system” while media scholar Jay Rosen suggests that “objectivity” itself can even be used by reporters in order to obscure their own biases (Alternet).

The ethical guides for journalists still seeking the “factual truth” may become even more muddied as new technologies and new cultural notions of the public interest are changed by shifts in the production, distribution and consumption of news in a multi-media and multicultural society. Multiple views and versions of “telling it like it is” are rapidly challenging previously dominant, traditional singular sources—perhaps not unlike the way that Gutenberg’s printing press made multiple copies in the vernacular available to the public and thereby challenged the restriction of such “truths” to the priesthood five centuries ago.

Nearly a century ago, journalist Walter Lippmann pondered the “objectivity dilemma” in American journalism in his ideas on Liberty and the News (1919) and Public Opinion (1922) while sociologist John Dewey was heralding the integration of journalism and urban community. Fifty years later, sociologist and journalism teacher Curtis MacDougall argued that “some of the best public service journalism has been performed by reporters who have deliberately courted newsworthy experiences”—even “stunt or near-stunt reporting”—which “communicated more than the drab objective facts” to help readers “feel the inside” beyond “superficial external observations” (MacDougall. 1968, pp 175-177, italics added). MacDougall argued that such participatory journalism helps people to “understand as well as to merely know” and to gain a greater understanding than through “so-called objective or cold statistical accounts in recorded minutes and reports, because “the visceral is as important as the cerebral in the search and discovery of meaning” (MacDougall, Postscript). More recently Leonard Downie Jr. and Michael Schudson, a interdisciplinary duo of journalist and sociologist similar to Lippmann and Dewey, took hold of the horns of this dilemma in their proposed “reconstruction” of American journalism around the new blogosphere, “new identities for reporting” and new definitions of news (Downie and Schudson).

Shelley Fishkin, American Studies scholar, chronicled how famous journalists moved from journalistic “facts” to the “truths” of novels, fiction and poetry after “They came to realize that the misleading abstractions, misguided fictions, slippery rhetoric, limited perspectives, and reductive world views they challenged directly in their journalism could be more effectively questioned in their art” (Fishkin, Epilogue, pp. 207-217). Nearly 20 years ago, she lamented the “glossing over” and the failure to explore “the continuities between journalism and fiction”—an exploration still pursued within the discussions and debates of these renewed ethical dilemmas. (Fishkin, ibid).

Alternet, 2012, August 8. “Is Opinionated Journalism Actually Better at Getting People Involved in Politics?”