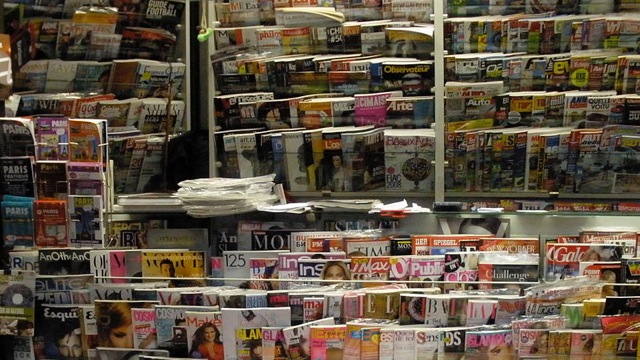 2nicoPaixAfter nearly 20 years, the Society of Professional Journalists has updated its Code of Ethics, and with this update comes some recognition of the 24-hour news cycle and the coverage of news in the Internet era. It also seems to more firmly establish ethical decision-making as the responsibility of the individual journalist, perhaps as a nod to the less-defined nature of employment in news media today.

Much of what’s posted about the changes to the SPJ Code is actually from before the new Code was enacted and refers to preliminary drafts of the changes that were made available to members of SPJ and others who were interested. Overall, reaction after the Code was approved at the SPJ annual meeting the first week in September and through the end of October appears to be somewhat limited and, for the most part, seems to be mildly critical of the updates.

Edward Wasserman, dean of the Graduate School of Journalism at the University of California, Berkeley, wrote in his blog  (also published in philly.com) about the overarching problem of codes trying to address too much and failing to suggest how to handle conflicts between guidelines, while simultaneously noting that the updated SPJ Code fails to address other current issues, including the role of web analytics and the increasing complication of conflict of interest. [EDITOR’S NOTE:  The current version of Wasserman’s blog1 is published in this issue of Media Ethics under the title “Journalism Codes Leave Vexing Problems Untouched.”]

In the July/August edition of SPJ’s Quill magazine, Steve Buttry steps away from saying no update would be better than the suggested changes (his article was published before the updated code was formally released) but he too points to areas of weakness including failure to suggest linking to online sources.2    Buttry also calls for SPJ to be more explicit and proactive in recommending best practices. He wrote, “SPJ should go further and endorse a practice that can improve accuracy” (p. 16).

In the Twitterverse (a region largely unaddressed by the Code’s new updates) the updated Code is referred to as “long overdue.” Alfred Hermida tweeted that the new Code “nods to acts of #journalism that go beyond just the work done by professionals.” However, the most common complaint via Twitter appears to be that the updates fail to address linking to sources online.

Perhaps the most vocal critic of the updates to the code is SPJ member Michael Koretzky.3  However, his concerns are not with the updates to the Code themselves, but how the updating process took place and how the new Code was approved.  [EDITOR’S NOTE: The companion article in this issue of Media Ethics by A. David Gordon also addresses SPJ’s processes in this matter.]

On the more positive side, Pennsylvania State University professor Russell Frank subtly tips his hat to the Code’s renewed focus on verification before publication by noting recent incidents where such a practice could have prevented major errors.4

Andrew Seaman is also more (and perhaps unsurprisingly, as he currently is chair of the SPJ Ethics Committee) promotional of the changes in his contribution to the September/October 2014 issue of SPJ’s Quill magazine.5  However, he does acknowledge, “The changes, while extensive, may not go far enough for everyone, which is understandable. There are a variety of opinions on what, exactly, codes of ethics should include” (para. 14).

In his article, Seaman announced that the SPJ Ethics Committee will be reaching out to journalists to “contribute their own perspectives on individual parts of the Code” (para. 17).

Members of the Poynter Institute are surprisingly mum in addressing the new changes. It appears that ethicist Kelly McBride has yet to address the updated Code, and Bob Steele has no intention of doing so.  Al Tompkins identified some of the updates and changes to the Code and solicited additional commentary from SPJ Ethics Committee member (and past Chairman) Kevin Z. Smith. However, he does not offer commentary on the updates.6

Additional discussion regarding the Code comes in conjunction with the proposed new code for the RTDNA and the potential for a broader code of ethics that would address “all media.”

However, with more than a month having passed since the release of the updated Code, it seems unlikely that a more vociferous response is forthcoming. While there were some subtle rumblings, it looks highly probable that the updated SPJ Code will stand (though Koretzky is promising to draft an alternative version). It is possible though, with the accelerated rate of change of technology and practice in the news media today, that we will see updates occur more frequently than every 18 years.