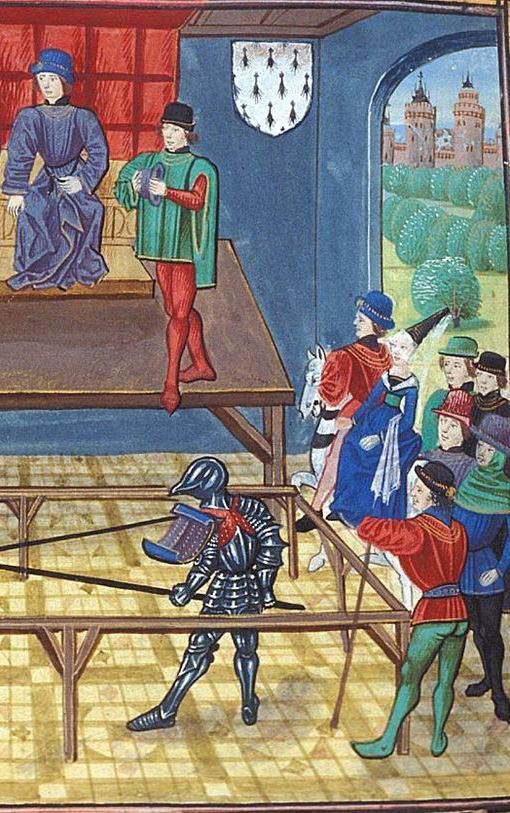 Given the tone of Robert Jensen’s article, it might come as a surprise that I agree with his premise. U. S. reporters are too accepting of power, and always have been.

Where I take issue with Bob is his answer to the problem. Moreover, I find his interpretation of Informing the News unrecognizable. Let me explain these two reactions to his article.

Although Bob is correct in saying I don’t have a chapter entitled “The Ideology Problem,” my second chapter could conceivably have carried that label. Titled “The Source Problem,” it focuses on journalists’ deference to the powerful. On the chapter’s first page, I write, “The news...flows from the top down, ‘favoring high government officials over lower government officials, government officials over unofficial groups and...groups of any sort over unorganized citizens.’” In the chapter’s conclusion, after having spent a number of pages explaining how high-ranking officials have resorted to increasingly sophisticated strategies of manipulation that journalists have not properly countered, I write: “These are powerful disruptions. They result in an undersupply of reliable information and contribute to public misunderstanding and confusion. They empower the bullies and charlatans and allow deceptive notions to surface and thrive.” In the body of the chapter, I regularly cite the work of Lance Bennett, who has written extensively on the ideology problem that Bob identifies. In one such reference, I claim that deference to “power,” rather than devotion to “truth,” explains the willingness of reporters to act as megaphones for the deceptive claims of high-ranking officials. I go on to say, “[T]he reporter is complicit in the deception—the claim gets publicized and gains credibility as a result of being in the news.”

That claim is precisely the one that Bob echoes when he says “That produces a fidelity to ideology, not truth.” Where he further misconstrues my argument is saying that I conceive the source problem as simply one of journalists’ dependence on high-ranking officials for information. Instead, I argue that, without a deeper understanding of power and policy, journalists are in a weak position to offer alternative versions. In addition, I devote much of a later chapter (“The Audience Problem”) to the argument that journalists pay far too much attention to the powerful (the Washington Beltway and Wall Street) and far too little attention to Main Street. One reason for this, I argue, is that many journalists lack knowledge of Main Street. How many journalists truly understand small business, even though it generates two-thirds of American jobs? How many journalists truly understand public education, outside the realm of high-stakes testing? No wonder they resort to endless stories about the Washington power game.

Although I thereby agree with Bob on the “ideology problem,” I disagree with his solution. He contends that the “central task [of journalism] in a democratic society” is “to analyze and critique systems of power . . . .”

Journalists need to do some of that, and we should all hope that every generation of journalists produces its I. F. Stones. But if Bob’s paradigm were to define the everyday work of reporters, American journalism will slide into disrepute and irrelevancy. Journalists don’t have a mandate to be the nation’s scolds or the tools to do it well. Where they have tried it—at times in France and Italy, for example—the result is best described as ideological posturing. Aside from the impracticality of Bob’s proposal, it raises troubling normative issues. Who “elected” journalists to tell us how society should be run? How are we to hold journalists accountable for their claims? Unless these central questions of democratic governance are resolved satisfactorily, and they haven’t been to date, journalists need to think twice before they define their primary mission as telling the public what society should look like.

Perhaps I take Bob’s position too literally. Perhaps he’s simply saying that journalists need to keep a closer watch on the powerful and give greater voice to those who challenge the policies of the powerful. On this, I wholeheartedly agree. As Bennett’s research shows, the opinions voiced in the news typically fall within the range set by the debate among top officials. If the news is to better inform the people’s judgment, journalists must open the news to a wider and more diverse set of opinions.

What do citizens most need from journalists? Here I depart fundamentally from Bob in what I see as the “central task” of journalists. And here, I look to the citizens themselves for guidance. What do they want from journalists? People look to the news, not to hear journalists’ “take” on power, but to stay abreast of what’s happening in the parts of the world they care about. They like it better when the news is delivered with perspective and, yes, with a skeptical eye on those in power. But the main reason they come back to the news day after day is to find out what’s new—ideally, a version that is trustworthy and relevant.

The central argument of my book is that journalists are not equipped to deliver trustworthy and relevant news on a regular basis because they are not informed enough on the subjects they cover. It’s not a “technocratic” argument, as Bob would have it. It’s common sense. Without a clear understanding of what they are reporting on, journalists are handicapped on all fronts, including confronting deceptive officials. The Washington Post’s David Broder expressed the knowledge problem as well as anyone: “My experience suggests that we often have a hard time finding our way through the maze of facts—visible and concealed—in any story. We often misjudge character, mistake plot lines. And even when the facts seem most evident to our senses, we go astray by our misunderstanding and misjudgment of the context in which they belong.”

Space here does not permit to neatly describe my book-length analysis of journalism’s knowledge problem. But the evidence for the problem’s existence is voluminous, the correctives for it are imposing, and the benefits of fixing it would be substantial. On the other hand, I don’t pretend that knowledge-based journalism is an answer to all of journalism’s or society’s challenges.

Ironically, I believe the type of journalism that Bob Jensen has in mind could only work if conducted within a knowledge-based framework. If reporters assume that their “central task” is “to analyze and critique systems of power,” they better know what they’re talking about. Lacking that, they’ll resort to adversarial journalism that is grounded in little more than cynicism. Too many reporters already travel that road, to the detriment of most everything in their way. “Cynicism [in reporting] is epidemic...,” wrote Broder. “It saps people’s confidence in politics and public officials, and it erodes both the standing and standards of journalists.”

In writing Informing the News, I hoped to spark debate on the future of journalism and journalism education. Bob Jensen had the courtesy of sending me a pre-publication copy of his article. I encouraged him to publish it, saying “differences of opinion can only enrich that debate.” Bob has identified a major defect in American journalism. On that, we agree. On the solution, we disagree.

I wish he had entered the debate using a different tone. As he uses the term, “technocratic” is intended as a pejorative. I might find it acceptable if “technocratic” captured the letter and spirit of my argument, but it doesn’t. As for my book presenting what he labels a “failed model,” I’m defenseless. I cannot offer empirical evidence to refute his claim. The model hasn’t been implemented, despite Bob’s use of the past tense. “Faulty” would have been fine. “Failed” is a verbal stacking of the deck.