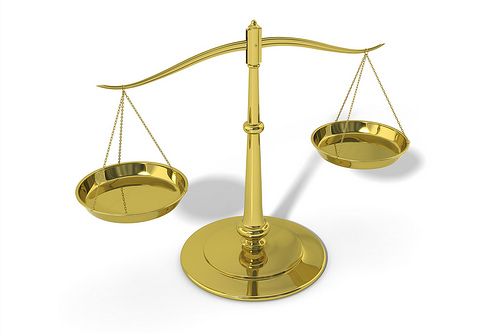 I heard it again the other day in a radio news report discussing the recent professional baseball steroid scandal: “It's not a lie if you believe it's true.”

These words are etched into American culture and regurgitated frequently, thanks to Seinfeld’s George Costanza character, who often trumpeted this phrase. The idea is that to believe something, especially with any degree of passion and sincerity, is sufficient to make it true. This game of moral gymnastics can become an ethical “get out of jail” card for politicians, athletes, or anyone looking to create their own moral code. Yet just because I believe, or have faith, that something is true does not necessarily make it so.

Belief is often misunderstood. It is not ascribing confidence or trust in someone or something without reason to do so. It is not a “cross my fingers and hope it works” blind proposition but is, rather, rooted in knowledge. It is even the case that how a person comes to know things—whether from a textbook, a parent or a first-hand experience is not as important as having reasons to hold a belief as justified and true. As an example, a person can express the belief that there are unicorns, but this would be inappropriate since the person would have no reason/basis/evidence for knowing whether these creatures actually exist.

To better understand this, consider the three basic elements of a belief. First, a belief has a degree of strength. When a person believes something they are saying, they are more than 50% confident it is true. While it is possible to be mistaken about a belief, as a person gains or loses evidence that the belief is true the strength of that belief should adjust. The results of this process can be seen in everyday life as there are some beliefs a person may hold with absolute confidence (e.g., their own existence) and other beliefs that may be more fragile and easily dismissed.

Next, a belief has a degree of centrality. Some beliefs a person holds are peripheral or even trivial so that if changed, the person’s life would not be impacted much (e.g., a belief about the health advantages of eating oranges). Other beliefs are more central to a person’s worldview and so are resistant to change, even when evidence suggests a change is in order. As an example, if evidence surfaced that challenged a person’s religious beliefs, which are much more central to a worldview than anything about eating oranges, a change in belief could be devastating and therefore much more difficult to make. The more central a belief, the more difficult it is to overturn that belief.

Finally, and most important for the purpose of this article, a belief has content. A belief is always about something or someone and is critically important because a person will almost always act according to their beliefs.* It is accurate to say that beliefs are the rails on which a person’s life runs because beliefs shape a person’s values and worldview, which in turn shape their actions.

This being the case, it does not matter much what a person says they believe or what they want others to think they believe. Behavior is always the best indicator of a person’s actual beliefs and reality is fairly indifferent to the level of passion tied to a belief in comparison to the content of that belief. I can say I believe with all my heart I am ready to play professional football (even though measurements can be made of my flimsy body size or tug-boat speed in the 40-yard dash) or that I did not steal that candy bar from the convenience store (even though there is video footage that says I did). These beliefs would be held without good reasons and though my optimism may rise for a time to think my beliefs make something true, they do not change reality. Likewise, my belief about a moral situation, regardless of its context, does not change the moral code: I am still responsible both for what I believe and for my actions, moral and otherwise.

Therefore, I urge everyone to choose to believe in something or someone because it is true (based on compelling reasons to believe) and be wary of those who think that merely believing something is enough to make it true. A human being cannot create truth, moral or otherwise, and we should be thankful for this.

*This is a debatable statement, but the weight of evidence favors that it is true. As evidence, consider sociological dynamics of socialization and social norms, psychological research on the relationship between mind-body beliefs and behavior, and philosophical arguments such as action theory.