When Is Media Studies Research . . . Research?

Deni Elliott reminds her fellow researchers about the Federal rules for use of Institutional Research Boards in journalism and media studies. Objectivity and Advocacy in Journalism

Matthew Reavy traces and documents the development of ethical alternatives to “objectivity” in journalism. Jewish Media Journalists Prefer their Own Judgment to Ethical Codes The BBC, Margaret Thatcher’s Death, and the Wizard of Oz

Ryan Thomas on the death of Margaret Thatcher, the resulting soaring popularity of “Ding-Dong! The Witch is Dead” and how the BBC handled it all. Attendees at the annual meeting of the Alliance of Independent Press Councils of Europe focused on the place of press councils in today's media world. 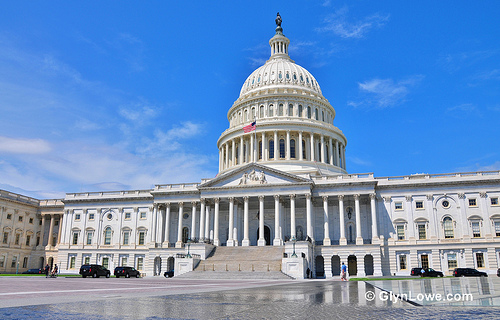 In political reporting, as in microbiology, even the most insignificant creatures provide rich subject matter for student journalists. Apprentices should be encouraged to study the body politic as closely as medical students study the bodies of their patients.

The human gut, we are told, is host to billions of bacteria. Although unattractive when viewed under the microscope, they keep our digestive systems running smoothly. The little rod-shaped ones are especially useful, converting roast beef and baked potato into something entirely different.

In Washington, D. C. and numerous American state capitols, similar creatures infest the lower governmental alimentary tract. They are called “lobbyists,” and although noxious when viewed closely, they play an important role in the political digestive process. After all, many of them had served as legislators or high-ranking governmental officials themselves.

Their name, so we are told, originated in the latter part of the 19th century, when shills for major manufacturers thronged the lobby of the Willard Hotel in Washington, D. C., romancing lawmakers and other government officials. They sold everything from Gatling guns to horse blankets, some well-made, some not, but all requiring government contracts for their purchase.

As in the past, today’s lobbyists function like the benshi of Japanese Kabuki, explaining to puzzled legislators the political meaning and financial value of their clients’ health products, construction equipment, military airplanes, and assorted other gadgets, widgits and services.

Lobbyists, like sex offenders, are required (at the federal level) to register with the government in order to work in town. Their social status is marginal, but their expense accounts are huge, and their experience is respected, especially by journalists to whom many a publishable story is generously provided.

Politicians come and go, but lobbyists stay on for many years, working the corridors of power on behalf of their clients. Their function is considered crucial to the push and shove of a capitalist economy, and some successful lobbyists become as well off financially as the politicians they corrupt—even though neither group is likely to aspire to (much less reach) the level of wealth possessed by those who hire them.

Sometimes they give lavish parties at which beautiful women mingle with the guests, extolling the virtues of their employer’s product, promising political support to the campaigners and offering to show them how a kickback works. Apprentice journalists must learn to divine the details of these arrangements.

Eager to please, lobbyists often bring gifts to elected representatives. Sometimes the gifts are bankable, sometimes not, but they are always crafted to enhance a political campaign. Thus:

Solon: What have you brought me, Quasimodo?

Lobbyist: I bring you a wonderful slogan for your campaign, sir.

Solon: Lay it on me.

Lobbyist: “Give Bulimia a Chance.”

Solon: I like it. Compassionate and forward looking, but firm in its opposition to unearned entitlements. Return to your masters. Tell them that I am grateful for your help, and that I’ll support their latest project.

Occasionally, in their zeal to please, lobbyists grow careless, behave improperly, are indicted and convicted and sent to jail for a while. When they emerge, they may be banned from further lobbying but, if so, many find a new career writing books and magazine articles about the corruption that exists in political circles. While some may fade away, like old soldiers, the species continues to flourish. It is, of course, well known that bacteria are essential to human existence. Lobbyists are aiming for the same status.

Such is the way that business is transacted in this land of the oldest written constitution, and this fact may explain the high productivity found in our nation’s (or state’s) capitol. Next time, Screwtape Redux plans to introduce young journalists to the American tax code and reveal how the 1% survives its life-threatening infection.