A Tribute to Donald Gillmor: An Introduction 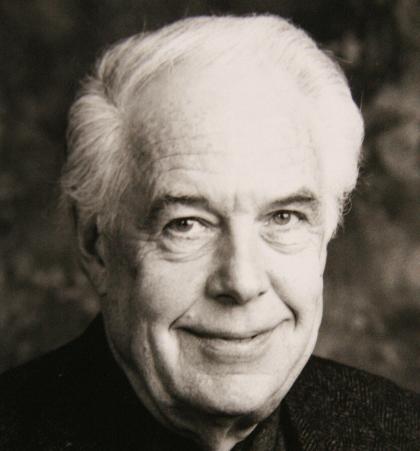 The field of mass communication ethics has lost another giant. Donald M. Gillmor, retired professor of journalism and masscommunication in the University of Minnesota, died on February 14, 2013. Although better know for his scholarly work in the fields of constitutional and media law (attacks on the First Ammendment, access to govenrment documents, defamation, etc.), according to a number of his colleagues (including those who paid tribute to him through the pages of the Silha Bulletin and the Silha Center Web site), he placed ethics high on his list of priorities, interests and concerns. For example, before his 2009 retirement, he had written at least six articles for Media Ethics Magazine—and many, many others for other books and periodicals.

Gillmor was the founding director (1984-1995) of the Silha Center for the Study of Ethics and Law at the University of Minnesota, and was named as holder of the Silha Chair (1990-1995). Upon Gillmor’s death, Daniel Wackman, former director of the School of Journalism and Mass Communication on the Twin Cities campus of the University of Minnesota, said Gillmor had “shaped the major contours of mass communication law.” And, according to colleague Hazel Dicken-Garcia, Gillmor was an exemplar; particularly known for his respect for students, his collegiality, his “unflappability,” his courtesy, and his scholarship and love of work. A true giant.

His many publications included the seminal Mass Communication Law: Cases and Comment (with Jerome A. Barron), in its many editions. (In 1970, the first edition received the Frank Luther Mott Research Award from Kappa Tau Alpha, journalism’s honor society). His many articles and books included Power, Publicity, and the Abuse of Libel Law (1992); Media Freedom and Accountability (co-editor, 1989); Enduring Issues in Mass Communication (co-editor, 1978); and Free Press and Fair Trial (1966). He was a frequent guest on radio and television discussions of media and made dozens of presentations to community groups and to academic and professional gatherings. In 1999 he received the Al McIntosh Distinguished Service to Journalism Award from the Minnesota Newspaper Association.

In 1990, Gillmor was selected as a Senior Fellow at the Gannett Center for Media Studies at Columbia University and assigned to Columbia’s law faculty. He also was a visiting professor of American Studies and Mass Communication at the University of Munich in Germany and a visiting professor of political science at the University of Lund in Sweden. He lectured in Russia, South Korea and Taiwan. He was always available to advise media professionals on questions of media ethics and law, and served widely on professional and academic boards and committees. And, as one student said after Gillmor’s death, “Throughout his career, Professor Gillmor served as the Minnesota Daily’s volunteer unofficial legal adviser.”

Donald Gillmor is survived by his wife of 63 years, Sophie; his daughter, Vivian Cathcart of Toronto; his son, Peter; and his grandsons, Steven Cathcart, and Kevin and Geoffrey Gillmor, as well as by two brothers.

Note: The above account draws heavily from a press release by the University of Minnesota. A number of additional tributes and remembrances of Don Gillmor may be accessed through the Silha Foundation: http://www.silha.umn.edu. This material includes a detailed account of Gillmor’s teaching practices and his concern for students, written by Professor Emerita Hazel Dicken-Garcia, and an “appreciation” by Everette E. Dennis, Dean and CEO, Northwestern University, Qutar and formerly head of the Gannett Center for Media Studies housed at Columbia University, as well as a remembrance by David Wackman of the University of Minnesota.

Below, in this issue of Media Ethics, you will find “A Tribute to Don Gillmor” by William A. Babcock; the 2009 news report by John J. Breslin of a “roast” conducted by colleagues, friends and family upon his retirement from the University of Minnesota; and a reprint of A. David Gordon’s “On the Shoulders of Giants: Don Gillmor,” originally published in Media Ethics, Spring 2000. We wish to thank the Silha Center for the Study of Ethics and Law, and its director, Jane E. Kirtley, for their cooperation