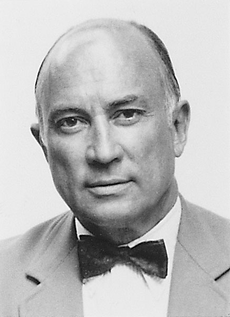 Claude-Jean Bertrand, professor emeritus at the University of Paris II, media ethicist, student of American civilization, and regular contributor to MEDIA ETHICS, died on Sept. 21 of cancer. He was 73 years old. For more than three decades Bertrand turned a critical eye towards the media, especially the American media, and wrote about what he saw. In the last few years he enthusiastically promoted the concept of "Media Accountability Systems (M*A*S)," which he defined as "any non-governmental means of inducing media and journalists to respect the ethical rules set by the profession." "Being ethical is a good business," Bertrand used to say, according to his friend Juan Antonio Giner. Bertrand taught U. S. and English studies (religion, media, politics) at the Universities of Strasbourg and of Paris-10. He also taught media studies at the Institut Franﾇais de Presse (IFP) of the University of Paris II. An ACLS research fellowship led him to the University of Minnesota and to Stanford University in 1976-1977. He also had been a visiting professor at Syracuse University, the University of Missouri, the Universidad de Navarra in Spain, the Universita d'Annaba in Algeria and the University de Dakar in Senegal. He was a citizen of the world. He had lived in France, Great Britain and the United States. He lectured on media ethics in 58 countries on five continents, making tours through the U. S., the Balkans, Caucasus, Africa and Latin America. Bertrand often decried the limited coverage of world news in mainstream media. In a passionate and provocative transcript sent to Giner, Bertrand talked about his concern: "We all need to get a global view of the planet, and all the information necessary for our everyday life as active citizens. Most media do not provide it. They practice iceberg journalism-covering just the small visible part of reality-which can lead to Titanic disasters. Actually, they don't even cover the tip of the iceberg thoroughly." Obviously, he enjoyed word play-in several languages. Bertrand authored or edited some 20 books, focusing on British and American churches, and on U. S. civilization, U. S. media and media ethics. From 1976 to 1984 he was managing editor of the journal of the French Association for American Studies. He also served on the editorial boards or as a contributing editor of Journalism (U. K.), Ethical Space (U. K.), Media & Jornalismo (Portugal) and this Media Ethics magazine. His articles have been translated into more than 15 languages. In 2002 he created a website about Media Accountability Systems that described several hundred M*A*S around the world. In 2006, it was moved to the Reynolds Institute for Journalism at the University of Missouri, www.media-accountability.org. Two of his best-known recent books are Media Ethics and Accountability Systems and An Arsenal for Democracy: Media Accountability Systems. Hardworking, and always worried about the accuracy and clarity of his articles, Bertrand over the years exchanged probably hundreds of lively e-mails with the editor of Media Ethics to make certain that his writings were problem-free ("e.g., JM, the title is NOT supposed to be grammatical (and horribly flat) but attention getting!"), and to trade salvos in what the editor called "their own linguistic and cultural version of the 100 years war." His hobbies were visual arts, tennis and jogging. "Claude was not just a sharp and smart innovation consultant but a very good, loyal friend. Half British, half French, he was always an advocate of ethical journalism," Giner wrote on his blog about Bertrand. Manny Paraschos, co-publisher of Media Ethics said, "I always enjoyed Bertrand. He was a masterful and formidable media critic, especially when it came to describing the media's 'lunacy' of preoccupation with celebrities or the bottom line. He was at his best when he elaborated on the importance not only of ethics, which he said was an individual journalist's yardstick, but also deontology, a standard of the profession itself and, finally, quality control, an issue the industry itself had to settle." Bertrand leaves a wife, Michele, four children and five grandchildren.

Some Quotes from Claude-Jean Bertrand's Articles in MEDIA ETHICS

"As I studied media ethics off and on for about 20 years (especially as it developed in the United States), it became evident to me that the survival of mankind is predicated on the generalization of democracy; that no democracy can exist without press freedom; and that press freedom cannot survive if media are unethical." (Claude-Jean Bertrand, "Proposal for a Center on Media Ethics," Media Ethics, 7:1:8)

"Deontology is not about good and evil, virtue and sin: It is about serving the public well-or not." (Claude-Jean Bertrand, "Just Ethics? Not Enough! Deontology and Quality Control Are Needed Also," Media Ethics, 18:1:4)

"So the two classic journalism models are gone. One went down with the Berlin Wall and the other with Monica Lewinsky. U. S. media used to be the Western model; they are now a sad joke." (Claude-Jean Bertrand, "The End of the U. S. Model," Media Ethics, 10:1:1)

"The U.S. media have sold their souls to mindless moguls." (Claude-Jean Bertrand, "Quitting the Service of the Enemy," Media Ethics, 16:1:3)

"For the good of society as a whole, for the survival of the noble craft, journalists need, not only to shed some of their suicidal individualism, but to work hard at forging links with the public. How? By listening to readers or viewers, finding out what they need and want and later checking whether they are satisfied." (Claude-Jean Bertrand, "Just Ethics? Not Enough! Deontology and Quality Control Are Needed Also," Media Ethics, 18:1:4)

"The media have a warped idea of journalism, everywhere in the world. They should inform people of what is important for them to know, so that people can live comfortably and can play their part as citizens. The rest is entertainment." (Claude-Jean Bertrand, "Quitting the Service of the Enemy," Media Ethics, 16:1:3)

"'If it bleeds, it leads.' Journalists are trained to seek and select the dramatic, the contentious, the negative. Good news is no news-a dictum so stupid one could weep." (Claude-Jean Bertrand, "Quitting the Service of the Enemy," Media Ethics, 16:1:3)

"On the newsman's part, that obsession with the negative derives from laziness, I believe. Accident, conflict, failure, disaster are events so much easier to report! Good news often consists of trends and processes. Finding and reporting them requires talent and energy." (Claude-Jean Bertrand, "Quitting the Service of the Enemy," Media Ethics, 16:1:3)

"History books say that Franklin Roosevelt did his best to lick the Great Depression and then the Axis in World War II. In future textbooks, the Clinton Administration will have to be defined by a totally different kind of licking." (Claude-Jean Bertrand, "Quitting the Service of the Enemy," Media Ethics, 16:1:3)

"Media quality can certainly be hurt by political or economic interference-but also by a largely obsolete definition of news which leads to an obsession with 'scoops,' to concentration on events (as opposed to processes), to a focus on politics, to a bias for bad news." (Claude-Jean Bertrand, "Eye to Eye.," Media Ethics, 8:1:6)

"Yet the ethics of news and entertainment cannot be the same. For instance, being inaccurate, imagining dialogue, mixing in fictitious characters or events, trying to demonstrate a thesis, are acceptable in a historical drama-but not in a news story." (Claude-Jean Bertrand, "Eye to Eye.," Media Ethics, 8:1:6)

The U. S. media claim they fulfill their civic duty; yet how come the U. S. has a murder rate much higher than any other democracy? Which has served the public better, the U. S. networks or the so-called government controlled broadcasters like the BBC in the United Kingdom, NHK in Japan, France 2 or ARD in Germany? Whose population knows most about other countries and appreciates other cultures; that of the U. S. or that of other developed nations?" (Claude-Jean Bertrand, "Eye to Eye.," Media Ethics, 8:1:6)

"Expecting too much from ethics is just as dangerous as ignoring ethics." (Claude-Jean Bertrand, "Eye to Eye.," Media Ethics, 8:1:6) "Alas, judging from opinion polls everywhere , these days news people are not among the most trusted and beloved groups." (Claude-Jean Bertrand, "Just Ethics? Not Enough! Deontology and Quality Control Are Needed Also," Media Ethics, 18:1:4)